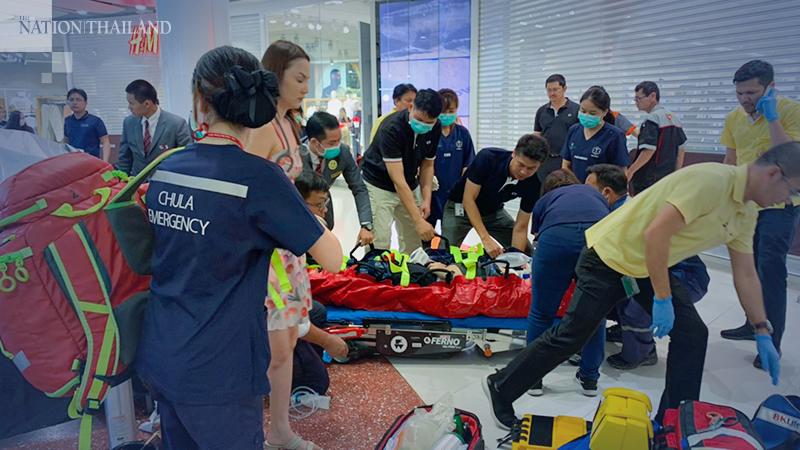 A 12-year-old boy who was hospitalised after falling from the third level of CentralWorld department store, is showing improvement, according to reports.

The boy triggered panic on Thursday (February 20) at around 3pm when he fell to the ground during a Bangkok Airways announcement of a half mini-marathon event.

CentralWorld quickly transferred the injured boy to a nearby hospital. The store clarified that the boy had fallen in the central area from the third level, not the fifth level, based on a witness account. The student is conscious, and is awaiting a brain x-ray scan result.

According to CCTV footage in the mall, the student and his friends were going down the escalator. The boy tried to sit on the escalator handrail when he lost balance and fell from the third level.