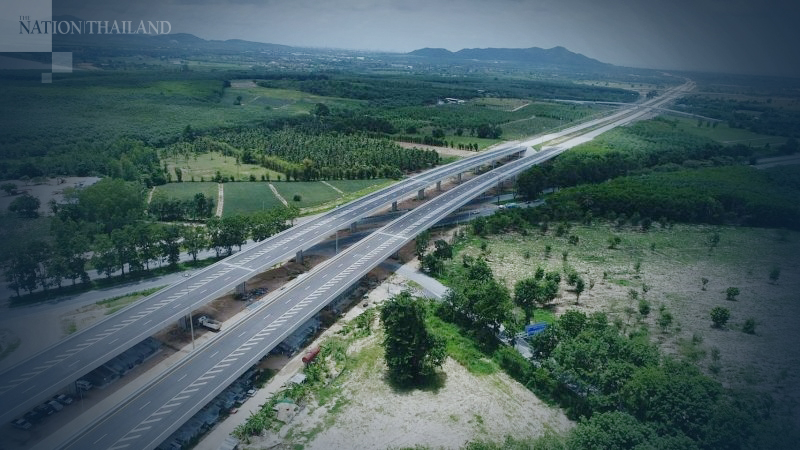 A 32-kilometre stretch of Highway 7 – the Bangkok-Bangshang Road between Pattaya and the Map Ta Phut industrial port – was nearly 98 per cent complete by last month, the director-general of the Department of Highways said on Friday (February 21).

Sarawut Songsivilai said toll stations were being erected at Huei Yai, Khao Zion and U-tapao, with the last more than 60 per cent finished and due for completion by July.

The Bangkok-Ban Chang stretch of Highway 7 between Pattaya and Map Ta Phut is expected to be the main route used in developing eastern coastal areas, Sarawut said.

It will benefit businesses including tourism by connecting Laem Chabang Port with various industrial estates, increasing logistical efficiency and helping make Thailand a transportation hub for Southeast Asia, he said.