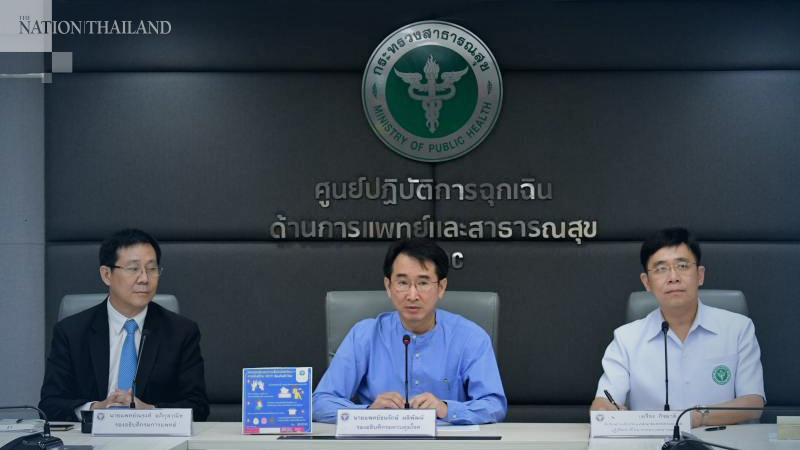 The Bamrasnaradura Infectious Diseases Institute in Nonthaburi has released two Chinese men, ages 56 and 34, after they’d recovered from Covid-19 infection.

Public Health Ministry spokesman Dr Rungruang Kitpati made the announcement on Friday (February 21), adding that they were on their way home.

The daily update showed little else in the way of change – 35 confirmed cases in Thailand, 16 people still in quarantine and 19 recovered and released.

One patient being treated with extracorporeal membrane oxygenation is struggling, with tests showing negative results.

But results were positive for a patient placed on a ventilator because he also has tuberculosis.

Rungruang said Thailand had yet to see any “super spreaders”, a term used in foreign news media to describe someone badly infected and able to spread the disease widely and rapidly.

One has been identified in South Korea, another in Britain – a man recently returned from Singapore.