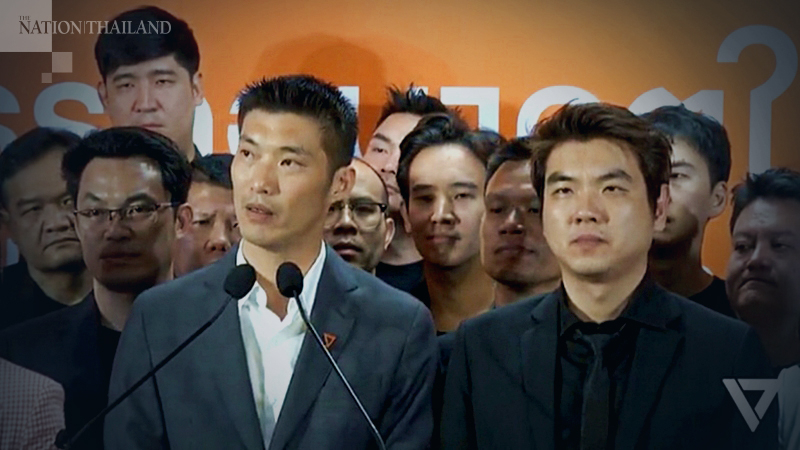 Leaders of the Future Forward Party have no intention of giving up their political activism despite their party being disbanded on Friday (February 21) by the Constitutional Court.

And they lost no time in summoning supporters to party headquarters on Bangkok’s Phetchaburi Road.

Party leader Thanathorn Juangroongruangkit vowed to continue fighting and announced the formation of “the Group of Future Forward”, which he said would keep up the campaign to get Thailand back on the road to democracy.

Piyabutr called the judges’ interpretation of the law inappropriate and accused them of applying double standards.