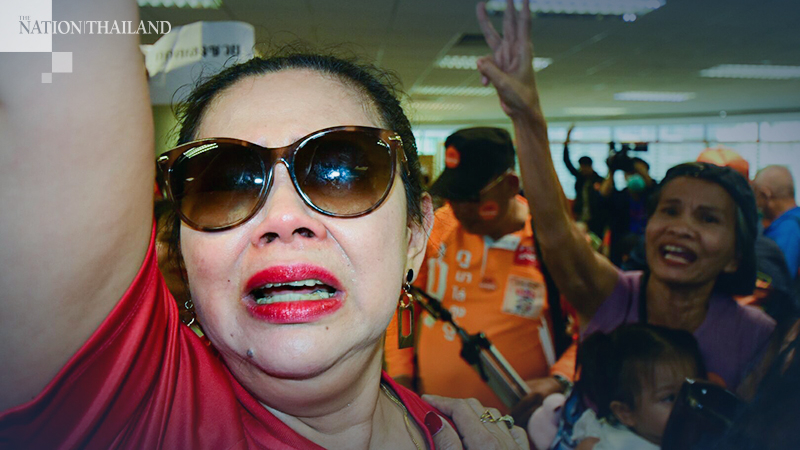 Gloom prevails over the party's headquarter after the court's verdict was read.

Supporters of the Future Forward Party were shocked by the Constitutional Court’s decision on Friday (February 21) to dissolve the party, but many were soon defiantly raising “three-finger salutes” in protest against the conservative establishment. 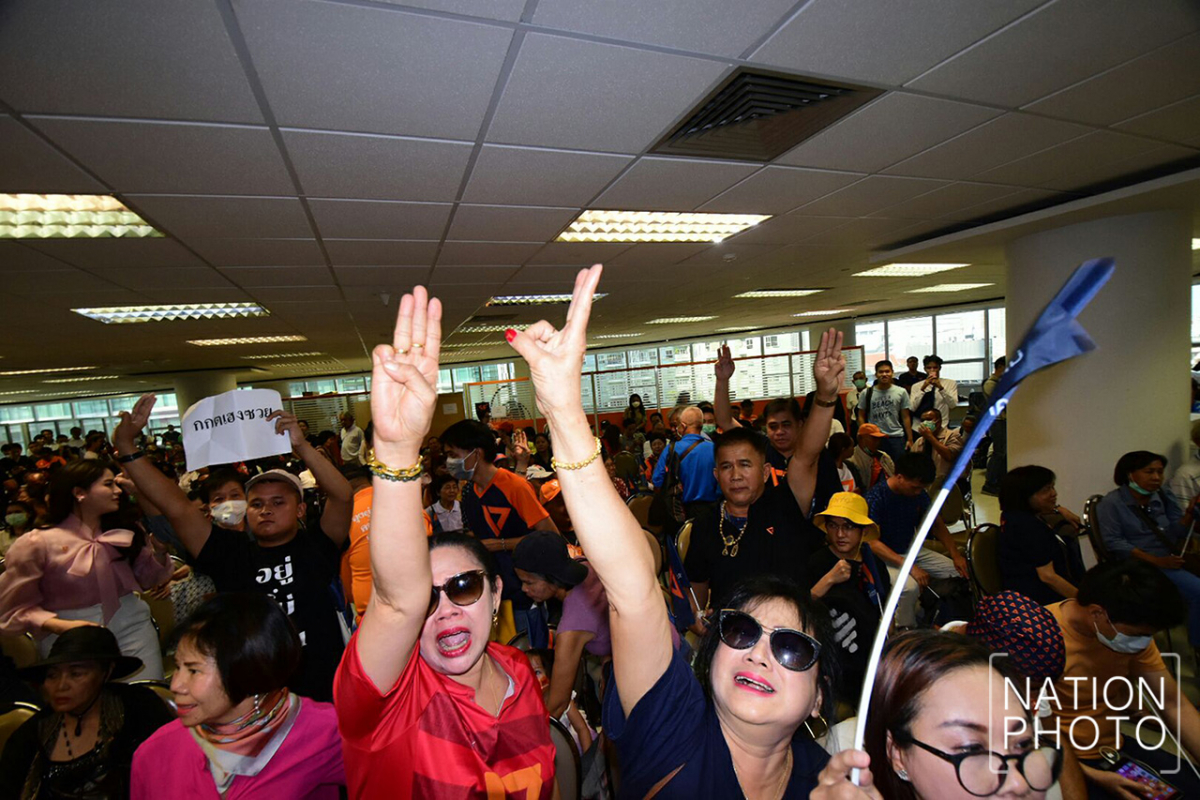 Party headquarters in Bangkok was overcome by a sombre mood after the court’s verdict was read. There were tears and shouts of dismay, while others quietly jotted down their feelings on paper and otherwise avoided unseemly reactions in accordance with the party executive’s request.

The court revoked the executives’ right to contest any elections for 10 years and prohibited them from registering a new party in that time. 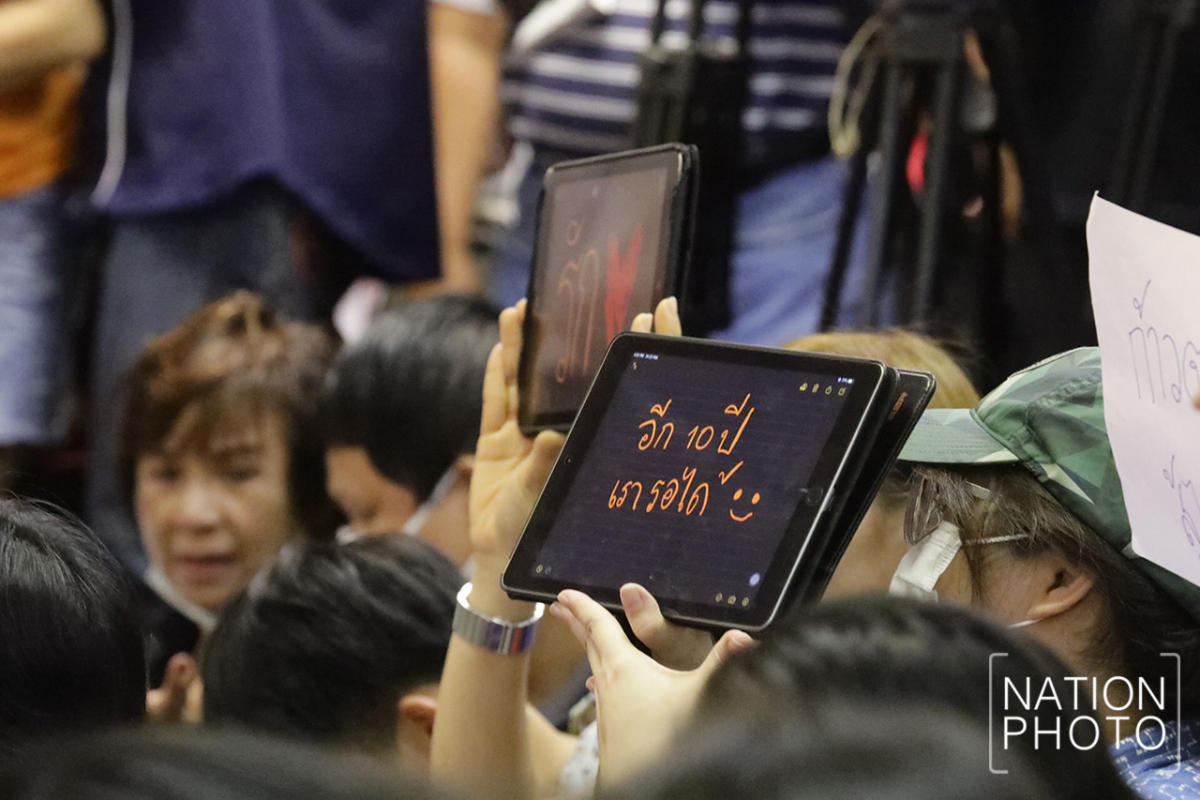 The court ruled that the money Thanathorn Juangroongruangkit, party leader, dished out in loans represented a massive donation – illegal under Section 66 of the Political Parties Act, which limits donations to Bt10 million per year. 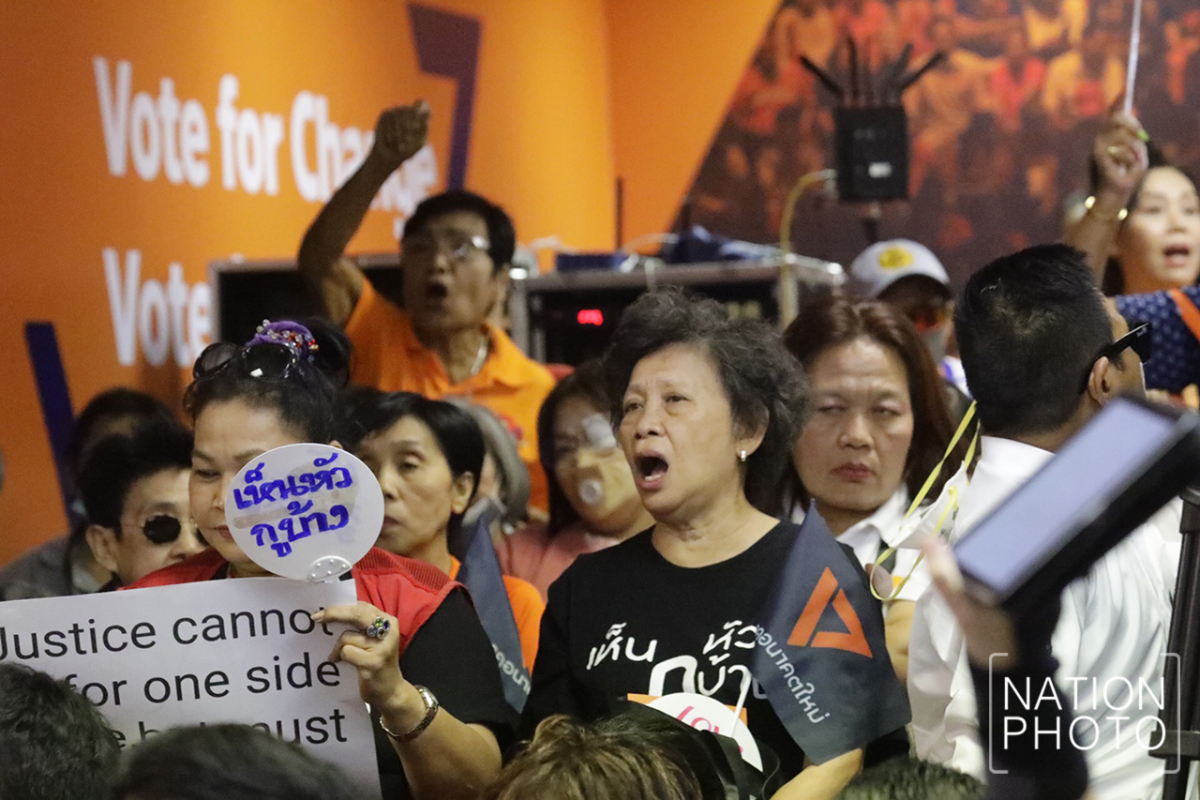 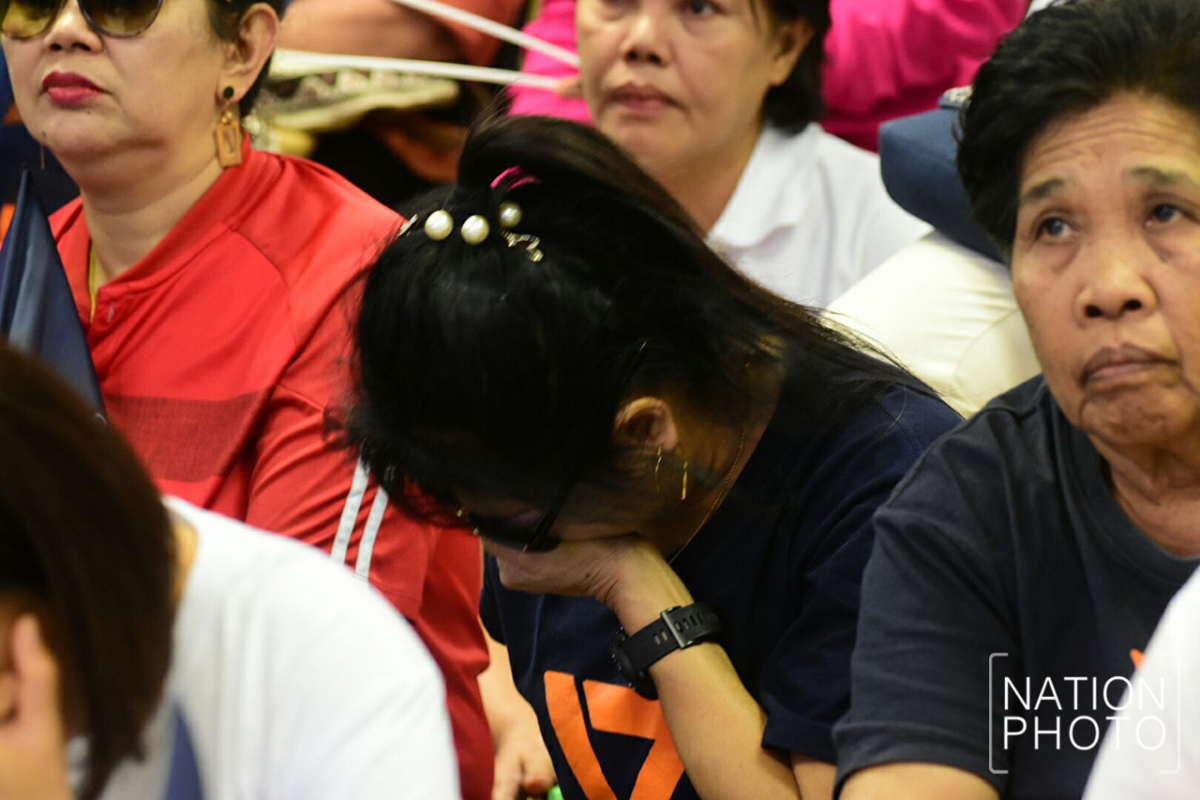 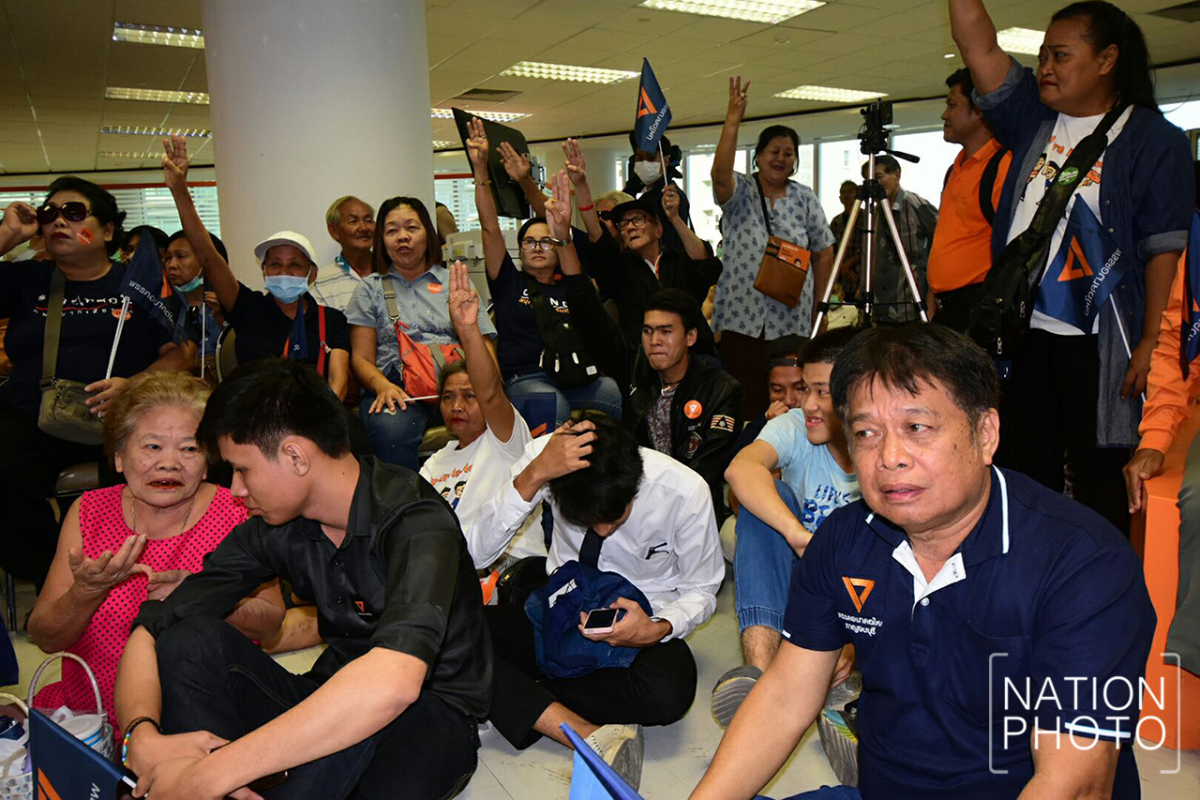 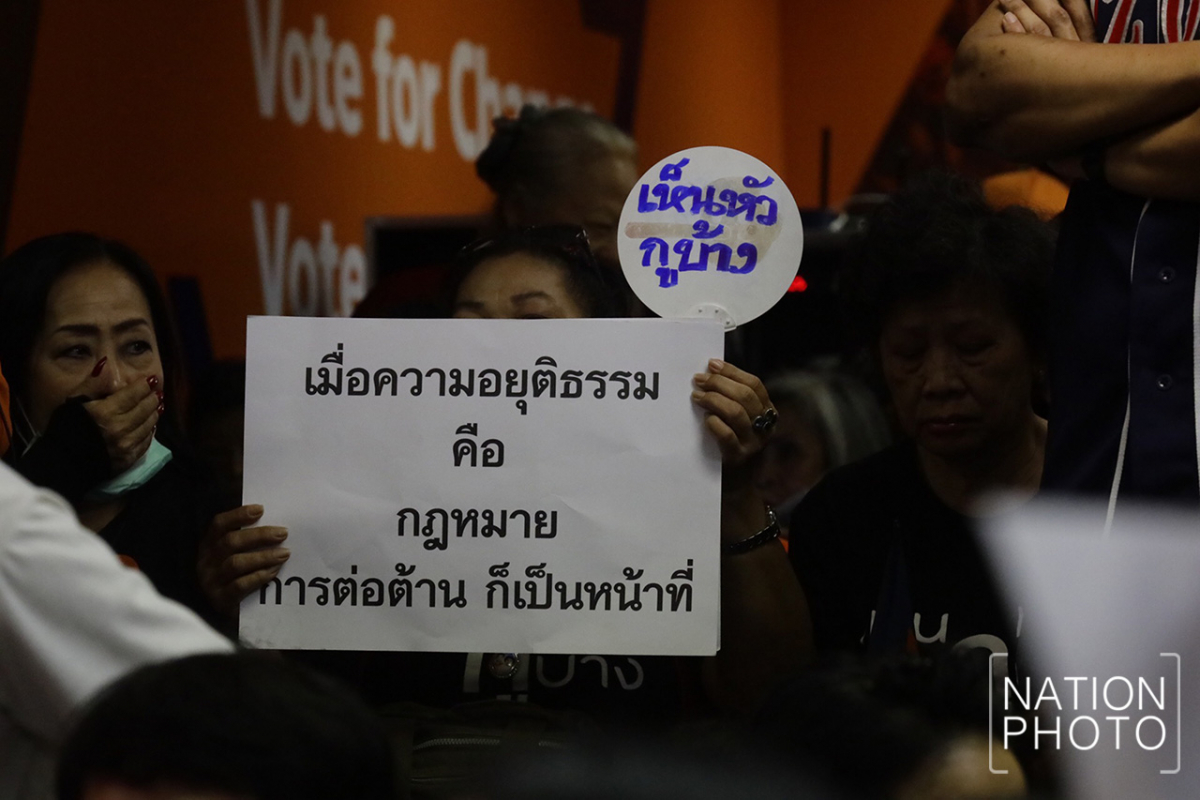