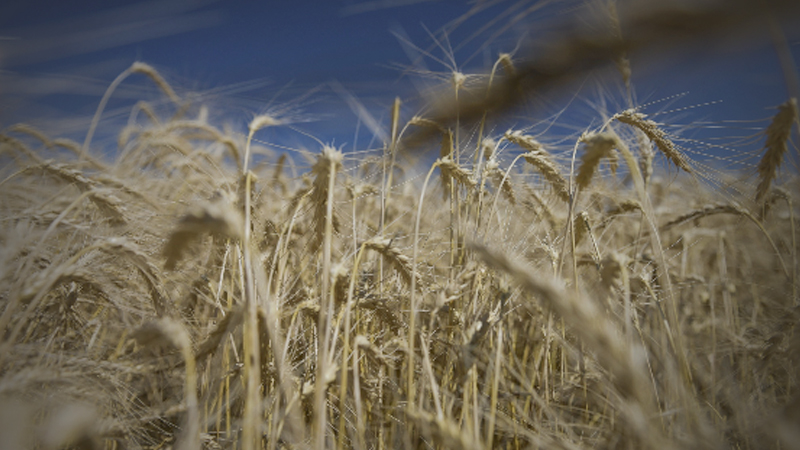 WASHINGTON - President Donald Trump for the first time on Friday vowed to continue his multi-billion dollar bailout of the farm industry, casting aside recent comments from senior officials that the program was no longer necessary because of trade deals trumpeted by the White House.

In an all-caps tweet, Trump pledged to further increase the size of the bailout program that has already cost taxpayers $28 billion. "IF OUR FORMALLY TARGETED FARMERS NEED ADDITIONAL AID UNTIL SUCH TIME AS THE TRADE DEALS WITH MEXICO, CANADA, CHINA AND OTHERS FULLY KICK IN, THAT AID WILL BE PROVIDED BY THE FEDERAL GOVERNMENT," Trump said.

His comments appeared to surprise a number of administration officials and come amid growing signs that last month's partial trade deal with China is falling far short of the levels initially promised by the White House. On Thursday, a senior U.S. Department of Agriculture official said China might end up buying just $14 billion in U.S. farm products through the end of September, meaning the total amount of sales for the year was likely to fall far short of the $40 billion Trump had promised.

Trump's political support among many farmers appears to be strong, but White House officials have long been worried about a backlash if prices remain low and bankruptcies continue. Democrats have been encouraged by electoral inroads they made during the 2018 midterm elections when they defeated numerous Republican candidates in farm districts.

There has not been a bump in commodity prices since Trump signed the China trade deal or a separate pact with Canada and Mexico. Trump had recently promised a huge farming renaissance, telling farmers to buy a "bigger tractor" and more land.

"We are frustrated with the situation. We understand the broader trade implications, but feel we have been targeted in a bigger political battle we did not sign up for," said Jamie Beyer, a soybean farmer in Wheaton, Minnesota, and president of the Minnesota Soybean Association. "We are all very excited about the USMCA and the trade deal with China. But we are all waiting for that to be reflected in commodity prices and orders ... It's disheartening."

A third multibillion-dollar bailout could cast a shadow over Trump's boasts about the "big, beautiful" trade deal he reached with China last month, an agreement expected to form a key part of his 2020 reelection message on the economy. The outbreak of the coronavirus has wreaked havoc on the Chinese economy, making it more difficult to forecast how many farm purchases China will ultimately make this year.

The farm bailout program began in 2018 as a way to address fury from farmers who alleged Chinese tariffs on their exports had pushed many to the brink of collapse. The program continued in 2019, but White House officials had suggested it would not be renewed in 2020 until Trump reversed course Friday.

"Farmers are no dummies. They've seen this get rolled out the past two years, programs invented out of whole cloth," said Robert Johnson, president of the National Farmers Union. "The president is going to do whatever he can to appease the farmers because it's an election year."

The political stakes for the president are enormous amid growing economic pain for America's farmers under his administration. Trade wars, weather disasters and low commodity prices have created a farm environment that has dramatically increased bankruptcies.

The need for what would amount to a third round of bailout funding highlights the immense challenges Trump has faced in his international trade war. In his second year in office, Trump imposed tariffs on a range of Chinese imports, including steel, as a way to ramp up pressure on the Chinese government to boost U.S. imports. But China retaliated by targeting agricultural producers in the politically critically Midwestern states.

Trump has repeatedly said the bailout would be paid for by the tariffs imposed on foreign nations, a claim rejected by multiple nonpartisan and conservative budget experts. Tariffs are paid by U.S. importers and then often passed along to consumers in the form of higher prices.

"The president has wanted to act from the beginning that the trade war is nothing by rainbows and unicorns. The reality is that it's not just us being tough on China; China and other countries are being tough on us," said Rory Cooper, a former Republican aide at Purple Strategies, a political consulting firm. "Trump is trying to spend now north of $30 billion to paper over those issues."

Zippy Duvall, president of the American Farm Bureau Federation, said he was optimistic China will purchase more than $14 billion in agricultural products based on conversations with China's minister of agriculture, but that the final outcome was uncertain. "The difficult time farmers are having today are not getting any better because of slow implementation," Duvall said.

The president's pledge of additional bailout money may be meant as a signal to China that the White House would not wait patiently for Beijing to comply with the new trade deal, Sen. Kevin Cramer, R-N.D., a farm state ally of the president, said in an interview.

He called Trump's pledge of additional bailouts a "sort of a shot across the bow at our trading partner" due to the slow uptick in purchases by the Chinese. Cramer said China's pledged purchases of agricultural commodities a crucial part of the trade deal.

While defending the bailout funding as potentially necessary to keeping farmers afloat, Cramer acknowledged the frustration among farmers eager to sell their product to market rather than rely on a federal subsidy.

"What happens with subsidies is it distorts market price," Cramer said. "If there's no market then having the certainty of an income is better than not, but it's still not the preferred outcome."

Numerous congressional Republicans also express frustrations in private meetings with both the trade war with China and the growing size of the bailout for farmers, according to Jason Pye, vice president for legislative affairs at FreedomWorks, a conservative organization.

GOP lawmakers believe Trump's trade war weakened the impact of their 2017 tax law, slowing economic growth in America to 2.3 percent last year. The bailout's price-tag is also now more than twice the cost of the auto-bailout criticized by conservative lawmakers. Unlike many other government bailout programs, farmers are not required to pay any of the money back.

Democrats may be in a difficult position to exploit the intra-GOP rift on the issue. Congressional Democrats backed off an opportunity last year to force Trump to scale back the program amid pressure from lawmakers in their own caucus representing farm states. And party leaders such as Senate Minority Leader Charles Schumer, D-N.Y., have argued the administration has not been tough enough on China, pushing for an even more adversarial approach.

The bailout was created by the Trump administration as a way to try to calm outrage from farmers who complained they were caught in the middle of the White House's trade war with China. In an attempt to pacify farmers, the Agriculture Department created an expansive new program without precedent that makes direct payments to farmers.

Senior administration officials previously expressed alarm about the administration's legal justification for the maneuver, which they have based on a New Deal-era program. The program was modified from its initial form to be expanded to include additional crops, among other changes.

"We all thought it was political, especially the changes for the second program," said Theodore Covey, a former agricultural economist at the Department of Agriculture who left midway through the implementation of the second bailout.