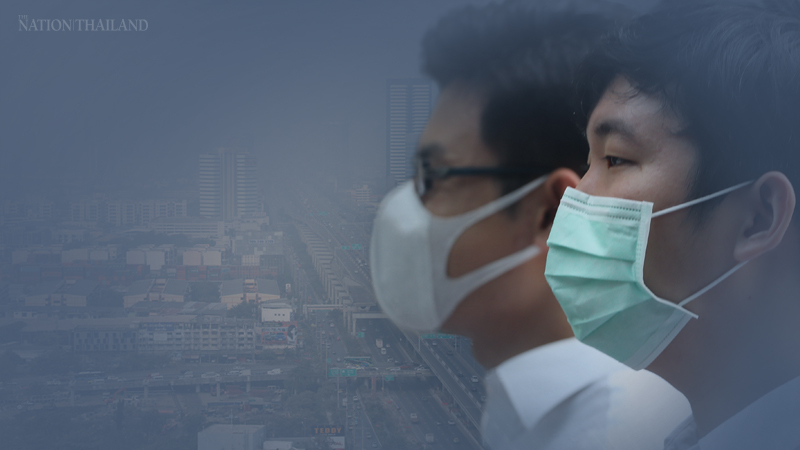 Bangkok's ranking dropped to 35th worst city in the world for air quality as of 9am on Sunday (February 23) while Chiang Mai remained at 12th.

Particulate matter less than 2.5 microns in diameter (PM2.5) in Bangkok and Chiang Mai was at 28.6 and 81.8 micrograms per cubic metre respectively.

Meanwhile, the Pollution Control Department informed via the website Air4thai.pcd.go.th that at 7am on Sunday the air quality in Bangkok and nearby provinces was at moderate to unhealthy levels. PM2.5 dust particles were at between 47 to 81 micrograms per cubic metre.

The PM2.5 situation is predicted to worsen in most areas on Monday with an average increase by 2-8mcg.