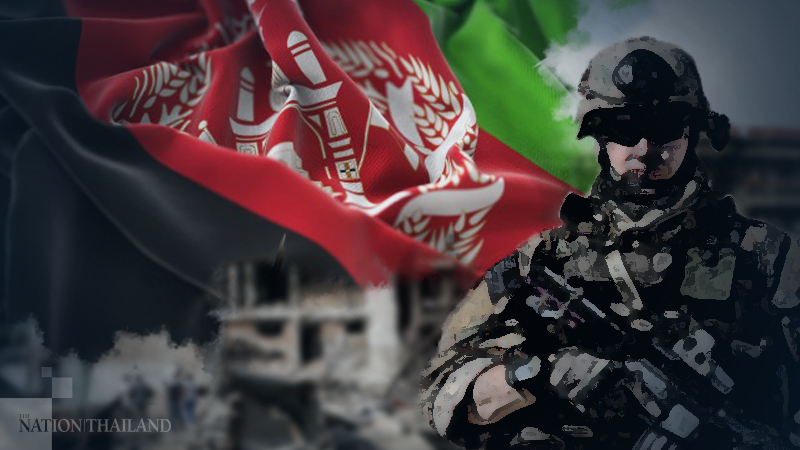 KABUL, Afghanistan - The United States has ceased offensive military operations in Afghanistan against the Taliban in accordance with an agreement to reduce violence ahead of a possible peace deal, the top U.S. military commander here announced Saturday.

Gen. Scott Miller told reporters in Kabul that "our operations are defensive at this point. We stopped our offensive operations as part of our obligations, but we remain committed to defend our forces."

The week-long reduction in violence is a precondition to a U.S.-Taliban peace deal that both parties have said they plan to sign at the end of the month.

U.S. and Afghan officials have cautioned that the deal is fragile as there are many armed groups in Afghanistan who don't see peace in their interest. But U.S. officials said monitoring mechanisms in place will be able to identify whether attacks are the work of "spoilers."

Hours after the agreement went into effect, local security forces reported a number of clashes between government and Taliban forces. But Miller and senior Afghan officials said the violence dies not necessarily constitute a breach of the agreement.

Standing beside the Afghan acting minister of interior and acting minister of defense, Miller described the reduction in violence as a "trial period" during which U.S. and Afghan government forces reserve the right to defend themselves if attacked.

"This is a conditional effort," he said. "It's a trial period. We are all looking at this to see that all sides are able to meet their obligations."

If it holds, the United States and the Taliban have said they will sign a peace deal at the end of the month.

But even during the first hours after the agreement went into effect, local security forces reported a number of clashes between government and Taliban forces.

In central Afghanistan, the spokesman for Paktia's governor said Taliban attacks on government outposts lasted for over an hour after the violence reduction went into effect. In the north, a security official in Balkh reported coordinated Taliban attacks on government outposts. The official spoke on the condition of anonymity as he was not authorized to speak to the media.

Acting defense minister Asadullah Khalid said overall violence has reduced since the agreement went into effect. He said the attacks that have occurred "are not serious, [except] for one attack in Balkh."

He said Afghan forces have the right to defend themselves. "We are working to find out its cause," he added, referring to the Balkh attack. "Maybe the message was not sent to them [The Taliban] on time or whatever the cause may be, it will become clear."

The Taliban appeared to defend the handful of clashes that occurred after the violence reduction began.

"Taliban have not announced a cease-fire with the U.S., but reduction in violence during the said period," Zabiullah Mujahid, a Taliban spokesman said in a statement released to journalists Saturday.

"Every attack or fire of Taliban should not be considered as violation, as this is not a cease-fire," Mujahid insisted.

Monitoring of the situation in Afghanistan over the next week will be carried out by joint U.S.-Afghan teams. The U.S. military will communicate with the Taliban "through a military communications channel in Doha," to determine the causes and perpetrators of attacks.

The peace deal U.S. and Taliban negotiators have committed to sign should the reduced violence hold will begin the withdrawal of thousands of U.S. troops. In exchange, the Taliban has pledged to begin intra-Afghan talks and to not harbor terrorists with the intent to attack the West.

These sensitive security agreements are going into effect against the backdrop of a deepening political crisis in Afghanistan. After disputed election results, Afghan President Ashraf Ghani's main rival has threatened to forcefully replace governors in the country's north as part of his efforts to form a political government.

The United Nations issued a statement expressing "concern" over the developments. "Resorting to force or any other unlawful means at the very time that efforts are ongoing to realize a reduction in violence . . . jeopardizes the population's hope for peace."

Political divisions have the potential to upset the cohesion of armed groups allied with the Afghan government that fall outside the formal military's structure. Political disunity, should it persist, could undermine Ghani's efforts to form a strong, inclusive negotiating team to enter into intra-Afghan talks with the Taliban.