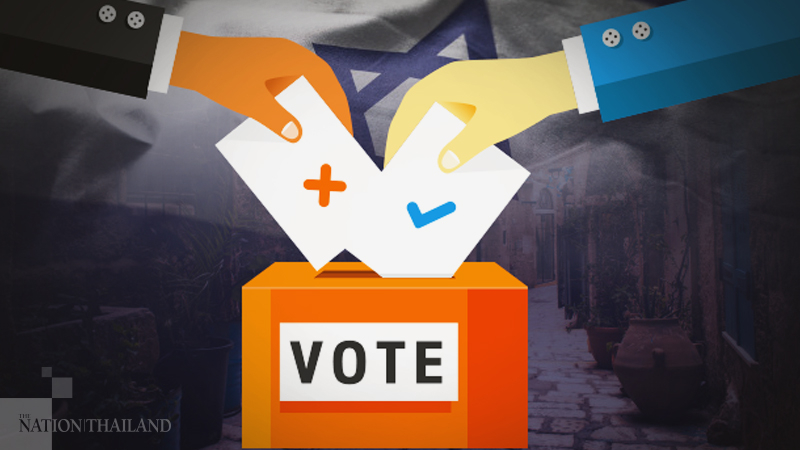 TEL AVIV - Fatigued Israeli voters will return to the polls once again March 2 amid a deepening political crisis that appears to have no clear resolution. Yet, there is one group in Israel that is arguably benefiting from the cycle of do-over elections - campaign advisers and managers.

Despite the challenge of drumming up new strategies, slogans and video clips to entice voters, those working with Israel's political parties and candidates have found themselves gainfully employed for most of the past year.

"It's definitely been demanding and challenging, but I have also gained a lot of valuable experience," said Srulik Einhorn, the chief creative director and strategic consultant to Prime Minister Benjamin Netanyahu and his Likud Party election campaign.

Einhorn has worked with Netanyahu's team through all three elections, not only perfecting his craft but also building a name for himself in a relatively small and competitive industry.

"I now know what works and what does not work," he said. "And from one election to the next, I have sharpened our messaging and our unique methods of data gathering, segmenting, targeting and implementing them in very precise ways."

It's not an easy task in the age of social media, where the public is perpetually inundated with information and attention spans are forever shrinking, particularly when it comes to a political battle that has been stuck in a frustratingly repetitive scenario for more than a year.

Polls published this week show that this third round of voting is likely to produce almost identical results to the first round in April and the second round in September. In April, Likud and the opposition Blue and White alliance won 35 seats each. And in September, Likud got 32 seats, while Blue and White had 33. Neither party had enough to seats to form a government.

With no political party expected to draw enough votes for a parliamentary majority of 61, and no political bloc being large enough to form a coalition government, many Israelis think they could find themselves facing a fourth election if nothing dramatic happens in the next few months.

"The thing is that voters rarely switch sides, so our main goal is not only to increase our base of voters but also to get people to go out and vote," said Einhorn, who between Israeli elections works as a campaign adviser in other countries. "The key issue is that the public's attention span is super low, and we have to penetrate through all the stimuli that surrounds them."

Einhorn said that the focus is on sharp, short online videos "that voters just can't ignore."

"We stay motivated because of Netanyahu," said Topaz Luk, the prime minister's head media adviser and strategist, explaining how the prime minister's campaign and information advisers have kept on through multiple rounds of elections. "He is an energy bomb and always wants to find new ways to tell the story. The Israeli media does not present his achievements, so we use social media to show what he has been doing, and we are always finding new and creative ways to tell the story."

For the team surrounding Netanyahu's political rival, Benny Gantz, who leads the centrist Blue and White alliance, the strategy has been to challenge the long-serving Israeli leader.

Blue and White's chief political consultant Israel Bachar speaks of "the legitimacy campaign," focusing on the fact that Netanyahu faces prosecution on criminal charges of bribery, fraud and breach of trust, and questioning the prime minister's legitimacy to continue leading the country.

On Tuesday, the Justice Ministry announced that Netanyahu's trial would start March 17, which is two weeks after the election. Two days later, after pressure from Likud lawmakers, state prosecutors said they would instruct Israeli police to investigate any wrongdoing by a now bankrupt cybersecurity company formerly owned by Gantz.

The legitimacy campaign, a stand against corruption, has helped to boost Gantz's Blue and White from a novice political faction to the largest political party, but it was unclear, with these developments just over a week before the vote, whether the party has advanced enough to break the stalemate.

Netanyahu and other Likud members repeat one mantra: Gantz will never get enough seats to form a government without support from the Arab parties, a concept that is widely unpopular in Israel for religious and security reasons.

Bachar, who previously worked with Netanyahu, said he did not think the country would have a fourth general election and was optimistic that the public would turn out to vote this time in numbers similar to the last two rounds - both of which drew close to 70% of the electorate.

"Israelis like to complain; it is part of any culture. But in the end, our national sport is politics," he said, acknowledging that running three campaigns in a short period was challenging.

"Every profession has its challenges," Bachar said. "But I am in this business because I have a passion for political psychology."

Political commentator Aviv Bushinsky said a year of electioneering had benefits and drawbacks for those working on the campaigns.

"Firstly, everyone is tired, and much less money is being spent on the campaigns this time around," he said. "If you compare the amounts being spent now to the first and second rounds, there is a much lesser amount this time for sure."

But at least, said Bushinsky, who previously worked with Netanyahu, a year of nonstop work under extraordinary conditions would reflect well on the campaign advisers' résumés.