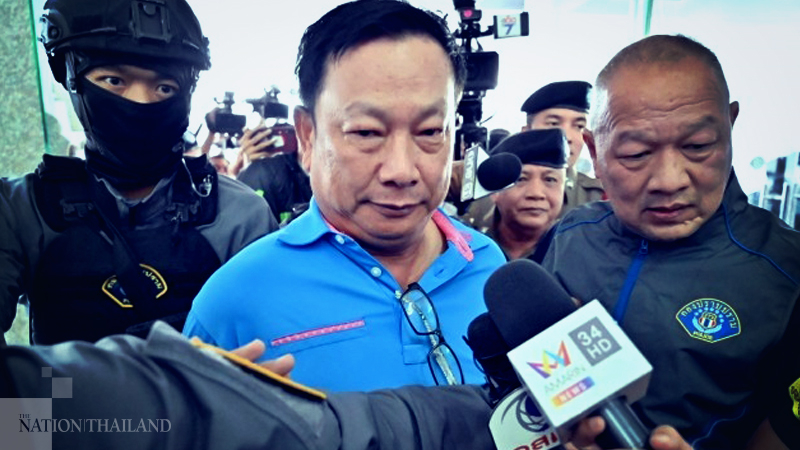 Former deputy commerce minister Pol Lt-Colonel Banyin Tangpakorn has been arrested for alleged involvement along with three accomplices in the suspected murder of a brother of a judge of the Southern Bangkok Criminal Court.

The judge’s brother has been missing since early February. Police arrested a suspect who reportedly confessed that he had kidnapped and murdered the victim and dumped the body in the river in Nakhon Sawan province, and claimed Banyin was involved in the crime. Police reportedly made the arrest based on CCTV footage in front of Southern Bangkok Criminal Court which showed the victim being kidnapped by a group of men while he was getting into a taxi on the evening of February 4. 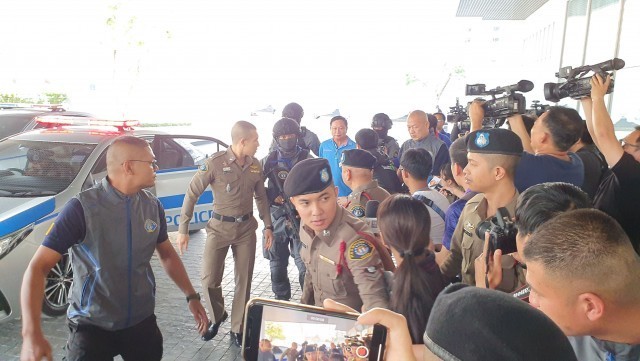 The missing man is the brother of a judge who is working on a case in which Banyin is among the defendants for allegedly fabricating and using fake documents to claim more than Bt300 million worth of shares belonging to construction tycoon Chuwong Saetang. Chuwon was found dead in the front passenger seat of a car driven by the uninjured Banyin after it hit a roadside tree in Bangkok’s Prawet district on June 26, 2015. Police suspect the victim’s kidnapping was aimed at pressuring the judge to drop the case.

Currently divers are searching the river for evidence and the body of the victim.