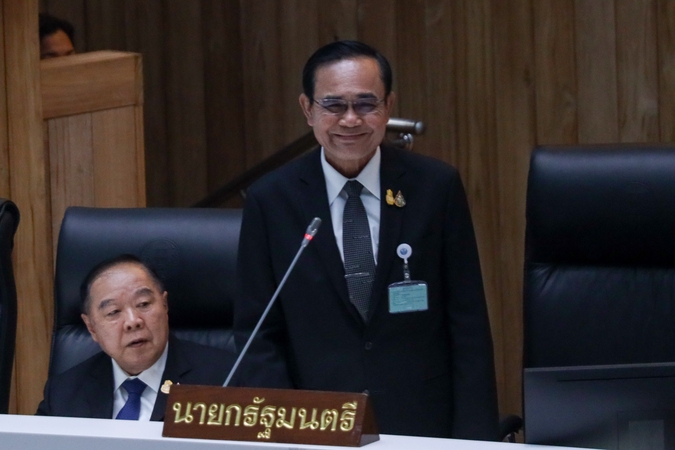 Sompong Amornvivat, leader of Pheu Thai party and the opposition coalition, accused Prime Minister Prayut Chan-o-cha of failing to manage the country, abuse of power, conflict of interest as well as involvement in corruption on the first day of the censure debate on Monday (February 24).

He said the premier had abused his power for the benefits of his own clique and failed to solve economic problems and corruption.

“Thailand posted growth of 1.8 per cent in 2019, the lowest rate in the past five years, according to Kasikorn Research,” he said, adding that " farmers’ incomes have plunged to a seven-year low while household debt has reached the highest level in history”.

The premier said he had been accused of many wrongdoing, but was never angry.

“Thailand is a democratic country under the constitution , while I and all members of parliament were elected by the people,” he said.

On being accused of not adhering to the principles of a democratic government, the premier he was concerned with corruption and vowed to solve the problem.

In responding to abuse of power, he said he had never violated someone’s right, or ordered anyone arrested without evidence .

Also, the Prime Minister said that Section 44 of the Constitution is not meant to persecute officials, but to solve an organisation's problems, citing the International Civil Aviation Organisation.

He also said that he had not given any special benefit to anyone and used populist projects to help low-income people.