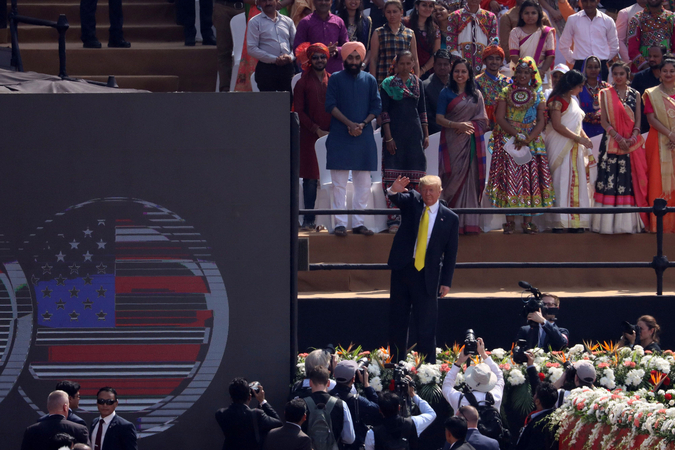 resident Donald Trump waves to the crowd during the 'Namaste Trump' event at the Motra Stadium in Ahmedabad, India, on Feb. 24, 2020. MUST CREDIT: Bloomberg photo by T. Narayan.

The U.S. will sign military deals worth more than $3 billion with India on Tuesday, President Donald Trump said at the start of a two-day state visit to the South Asian nation.

"We make the greatest weapons ever made. Airplanes. Missiles. Rockets. Ships. We make the best and we're dealing now with India. But this includes advanced air-defense systems and armed and unarmed aerial vehicles," Trump told a cheering crowd at the western Indian city of Ahmedabad on Monday as he shared the stage with India's Prime Minister Narendra Modi. 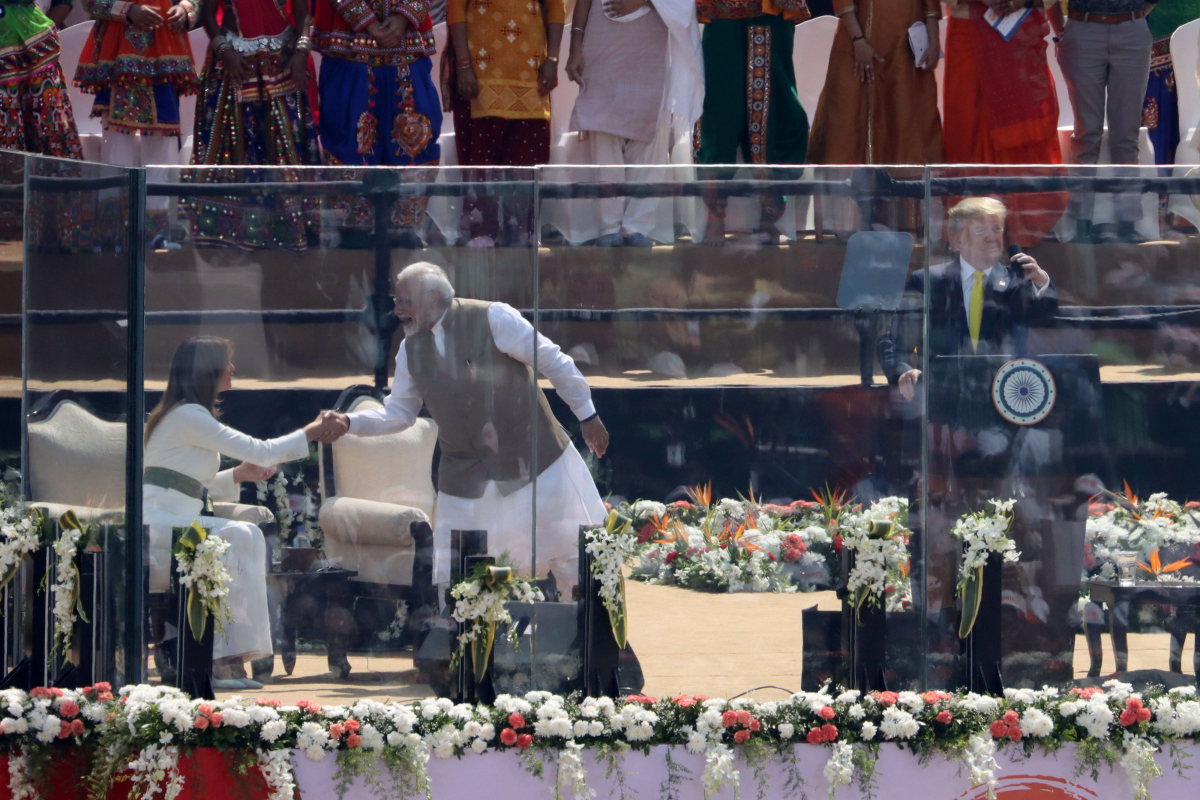 The State Department has also approved a potential sale to India of $1.8 billion in arms, including air-defense radars and missiles, rifles and other equipment, the U.S. Defense Security Cooperation Agency announced.

Trump also reiterated his pledge that the U.S. would make a significant trade deal with India.

"We are in the early stages of discussion for an incredible trade agreement to reduce barriers of investment between the United States and India," he said. "And I am optimistic that, working together, the prime minister and I can reach a fantastic deal that's good and even great for both of our countries."

Trump gave no time line for a deal and speaking to reporters later he said he was in "no rush."

Officials have tried to hammer out a modest trade deal opening up India to U.S. agricultural products and medical devices in return for the restoration of preferential export status that Trump stripped from India in 2019. 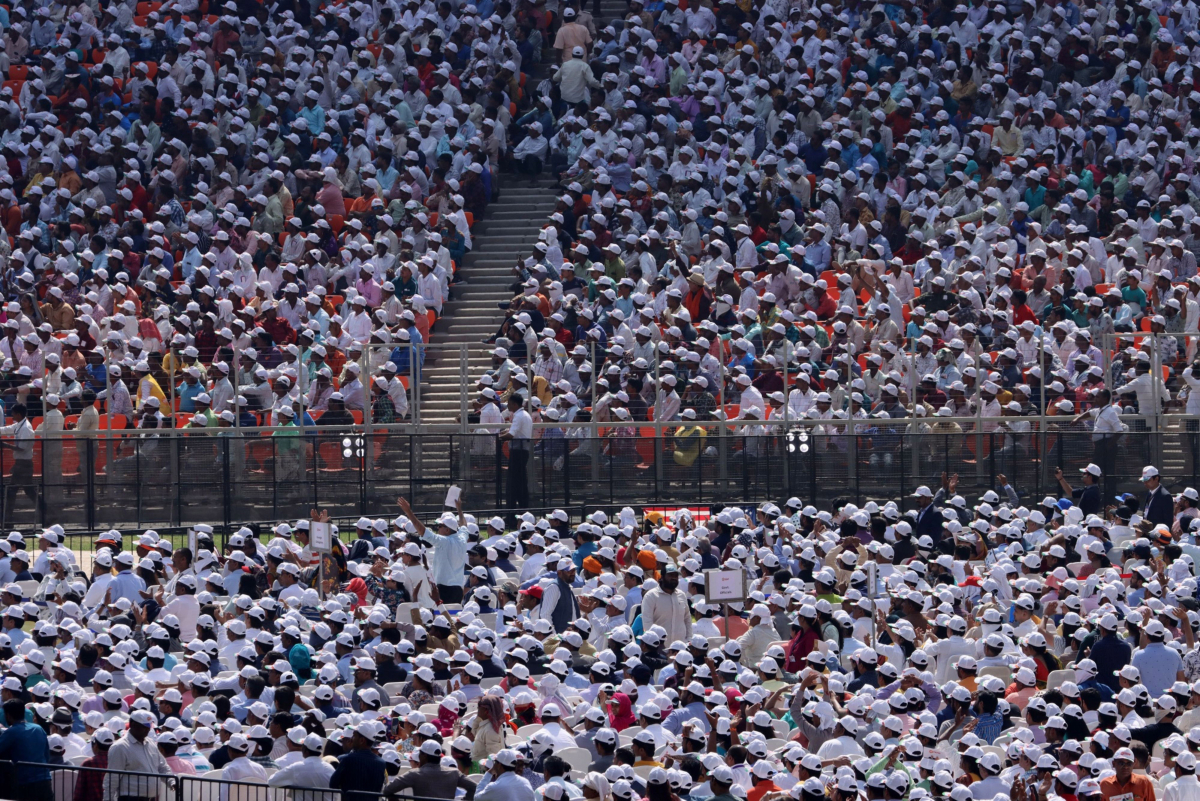 "There has been comparatively less activity during President Trump's first term so it's important for the two sides to get a win in the arms sales arena, particularly since the trade deal that's been under negotiations for over a year appears to be off the table for now," Jeff M. Smith, research fellow at the Washington D.C.-based Heritage Foundation's Asian Studies Center.