At least 33 people were injured in Ratchaburi province when two trains collided at 6.40pm on Monday (February 24) near Paktor train station in Paktor district.

Preliminary reports said that one train was carrying containers and derailed after the collision, while the other was a passenger train. 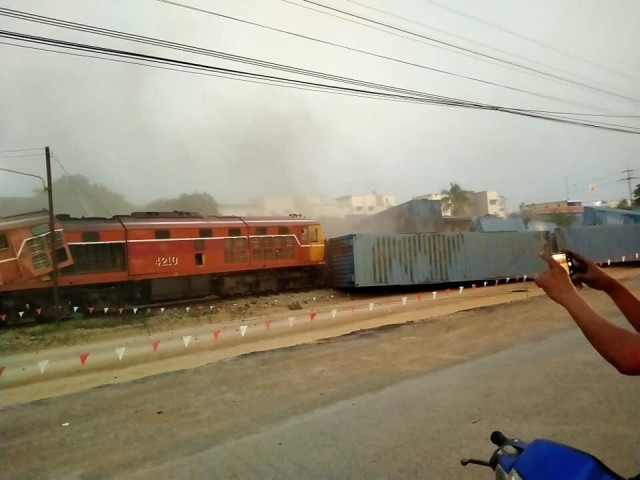 The container train was later identified as No 4210 Hatyai-Bangkok, while the passenger train was No 4550 Bangkok-Su-ngai Kolok. Officials suspect that the collision was caused by a malfunctioning shunt system. 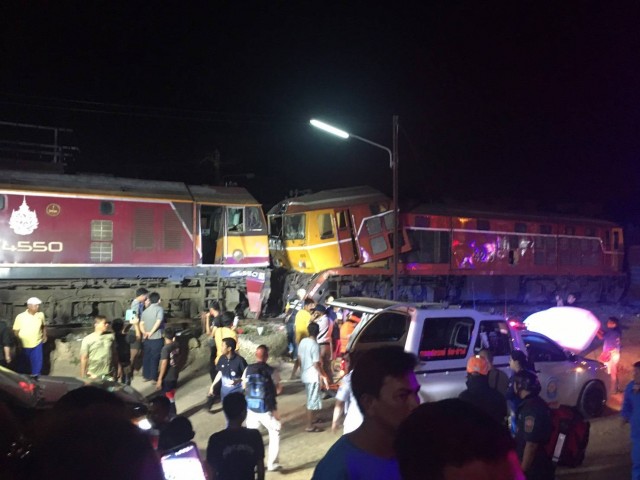 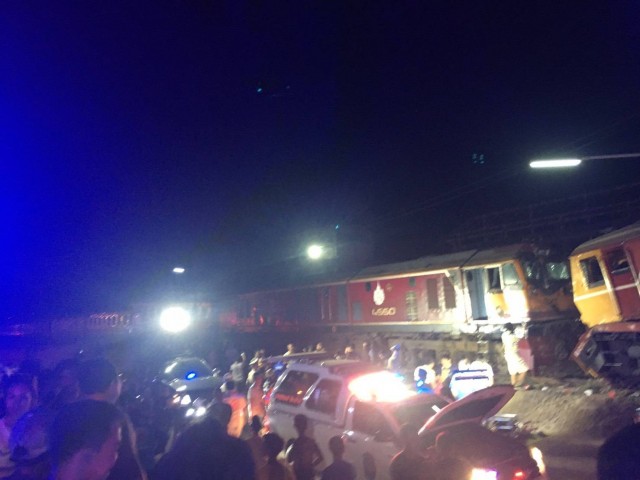 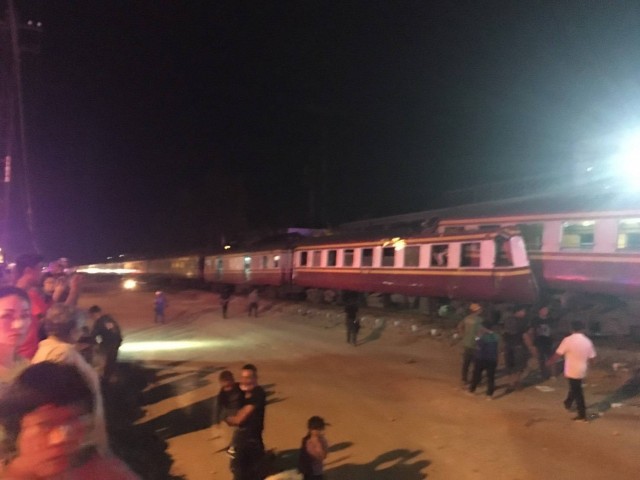 On Tuesday early morning officials reported that the damaged trains were already removed out of the way and all tracks are now operational.