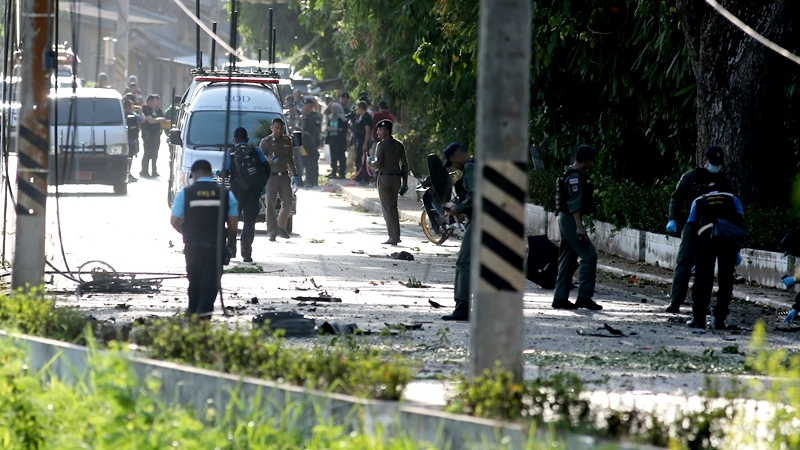 Surveillance cameras have given investigators some clues about the bombers responsible for an explosion in the Saba Yoi district of Songkhla province.

The investigating team of Saba Yoi Police Station found footage of a man parking a blue Honda Wave motorcycle in which a five-kilogram bomb was hidden by the roadside at 2.48pm on February 24 before another man picked him up on a motorcycle.

The bomb was detonated while a truck was passing by and then the attackers opened fire on officials and bystanders before fleeing.

However, surveillance cameras at other angles near the scene were broken and some of them were taken away, giving the police grounds to believe the bombing was a planned operation.

Police suspect the attackers were members of an insurgent movement led by Rosari Lamso, who is the leader of the insurgency in Songkhla’s border and was is believed to be responsible for the gold heist in Nathawi district.