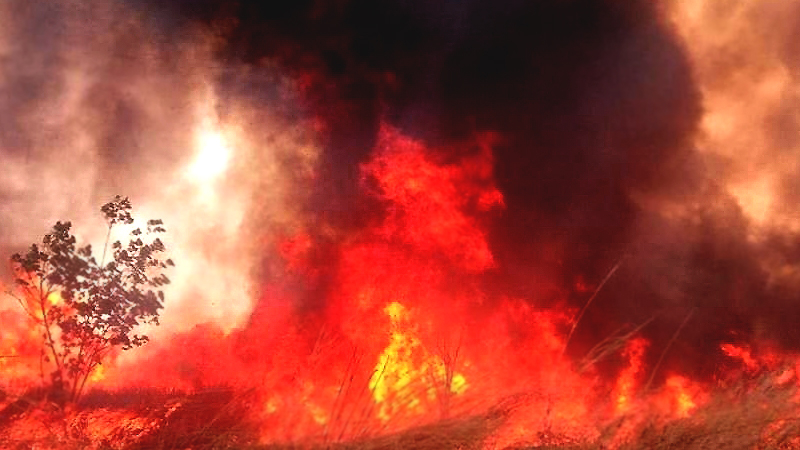 Prime Minister Prayut Chan-o-cha has ordered the use of water-bombing aircraft to put out a wildfire in Trat province, Government Spokesperson Narumon Pinyosinwat said on Tuesday (February 25).

He also expressed concern for the residents in Trat as the smog-filled air could be harmful to health, Narumon said.

A wildfire in Trat province has been spreading for six days, resulting in large smog covering every district of the province.

Local officials said that they were trying to control the fire but the Khao Banthat mountain range, where the fire is still spreading, has several landmines so they can only put out the fire in safe zones.

Trat Governor Pichien Limwangyu is coordinating with a high-ranking organisation after previously asking for aerial support to stop the fire. Water-bomb aircraft are still dealing with wildfires in Nakhon Nayok province.

However, the Army, the Defence Ministry and the Natural Resources and Environment Ministry will reportedly send fire engines to the province to control the fire.

Pichien said that the Thai Meteorological Department had forecast rains this week, which might help improve the situation.