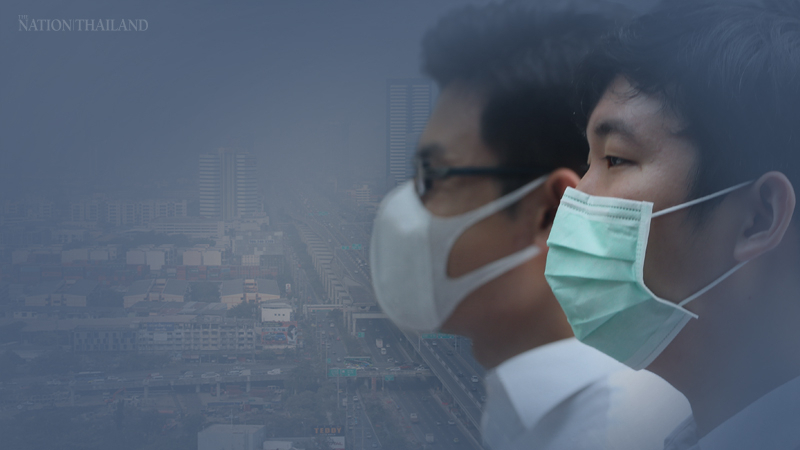 Bangkok’s air quality ranking took another hit, with the city being named the seventh worst in the world for air quality, while Chiang Mai was placed tenth, according to the application Air Visual today (February 25) as of 12.50pm.

The application showed the Thai capital’s average pollution level at 169 and Chiang Mai at 166.

Particulate matter less than 2.5 microns in diameter (PM2.5) in Bangkok and Chiang Mai were at 89.9 and 83.6 micrograms per cubic metre, respectively.

Meanwhile, the Pollution Control Department (PCD) said via website Air4thai.pcd.go.th that at 7am today the air quality in Bangkok and nearby provinces was mostly at unhealthy levels, with a tendency to worsen.

The PCD found that PM2.5 dust particles were between 54 and 88 micrograms per cubic metre.