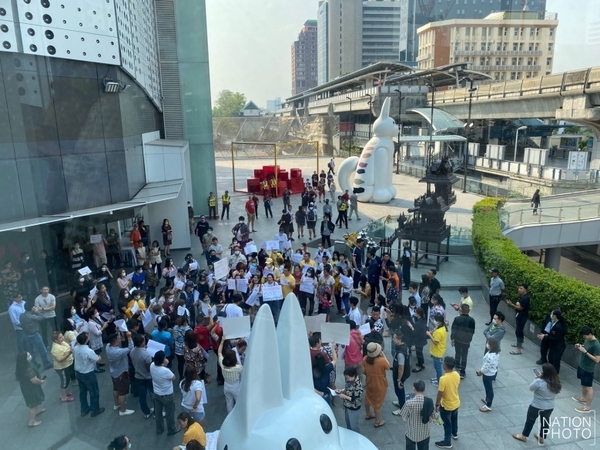 Some 100 MBK Centre vendors in Bangkok’s Phayathai district gathered in front of the shopping complex on Monday (February 24) and later participated in a peaceful walk in and around the centre, demanding that operator MBK Public Co Ltd reduce or exempt them from paying rent as they are suffering from decreasing sales amid a lack of foreign tourists worried over the spreading coronavirus.

A vendor who participated in the rally told a Nation TV reporter that rent for retail shops at MBK Centre is around Bt60,000-Bt90,000 per month.

“We have seen a significantly lower number of customers since early February, causing some shops to make as little as Bt150 per day. If this keeps up we might not be able to afford the rent and will unavoidably have to close down,” he said. 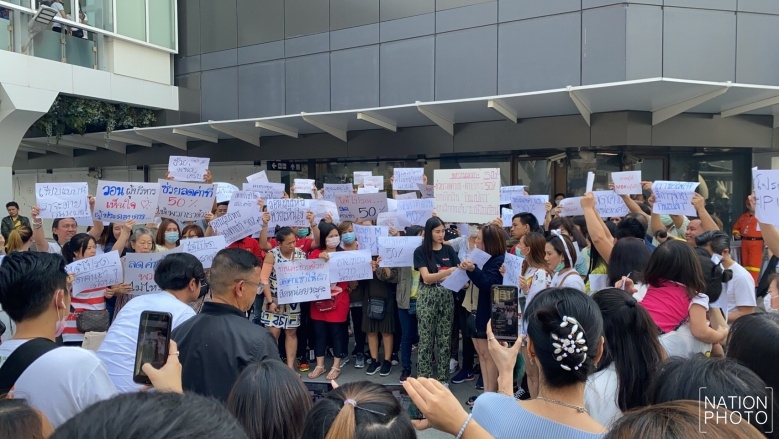 According to another vendor, the rally was brought about by the fact that April will be the month when vendors have to renew their annual contract with MBK, in which they are required to pay a large sum of money up front. The vendors said they would therefore like MBK to reduce or exempt them from paying rent in the coming months to allow them to come up with the money.

Later the same day MBK Public Co Ltd issued a statement saying it is formulating short and long terms measures to help vendors and will announce them soon. The company added that it would treat vendors as family members and believe they can overcome this obstacle by working together.