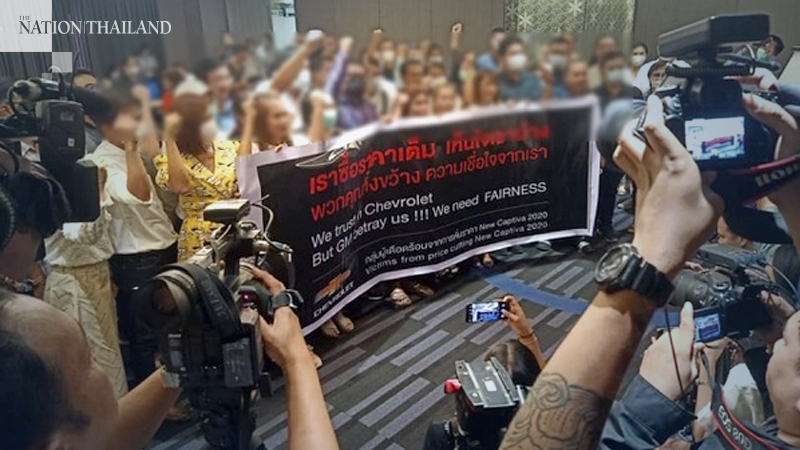 On Tuesday (February 25), a group of Chevrolet customers submitted a letter to Chevrolet Sales (Thailand) representatives at Rasa Tower in Bangkok’s Chatuchak district, demanding that the company compensate them for having bought the All New Captiva, Chevrolet’s latest SUV, at full price.

Last week General Motors announced it would end production and sales of its Chevrolet line in Thailand by the end of the year, causing Chevrolet to cut prices in half to clear stocks of more than 4,000 vehicles in the country. 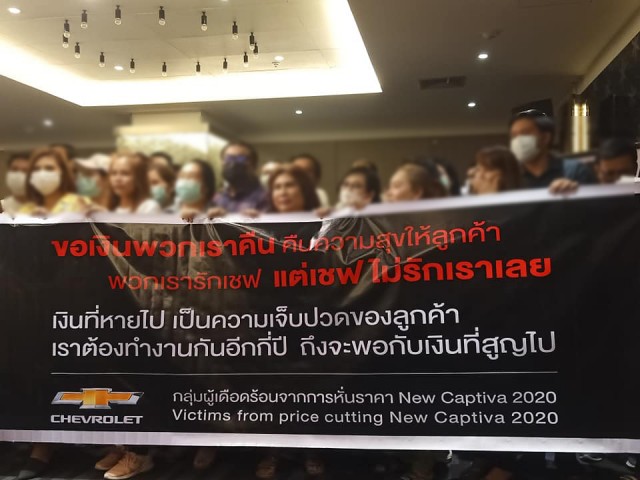 The price cut has upset those who bought their Chevrolets at full price, and they have been urged to cooperate with the Foundation for Consumers to demand compensation from the company.

The letter they submitted today (February 25) urges the company to take either of the following actions: 1) Pay the price difference to those who bought vehicles at full price, or 2) Allow the customers to cancel their contracts and return the vehicles for a full refund. 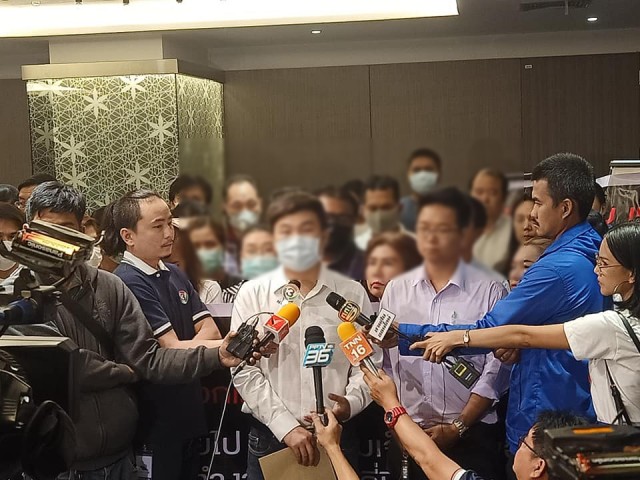