University students will hold political protests nationwide, after rallies were held at some universities yesterday evening (February 24) in opposition to the dissolution of Future Forward Party, seen by many as unjust and a setback to the progress of democracy.

The movement started when students of Chulalongkorn University took the lead in taking a political stance via social media platform, followed by students from other education institutions who then created 28 hashtags on Twitter, including Silapakorn University, Kasetsart University and Thammasat University. 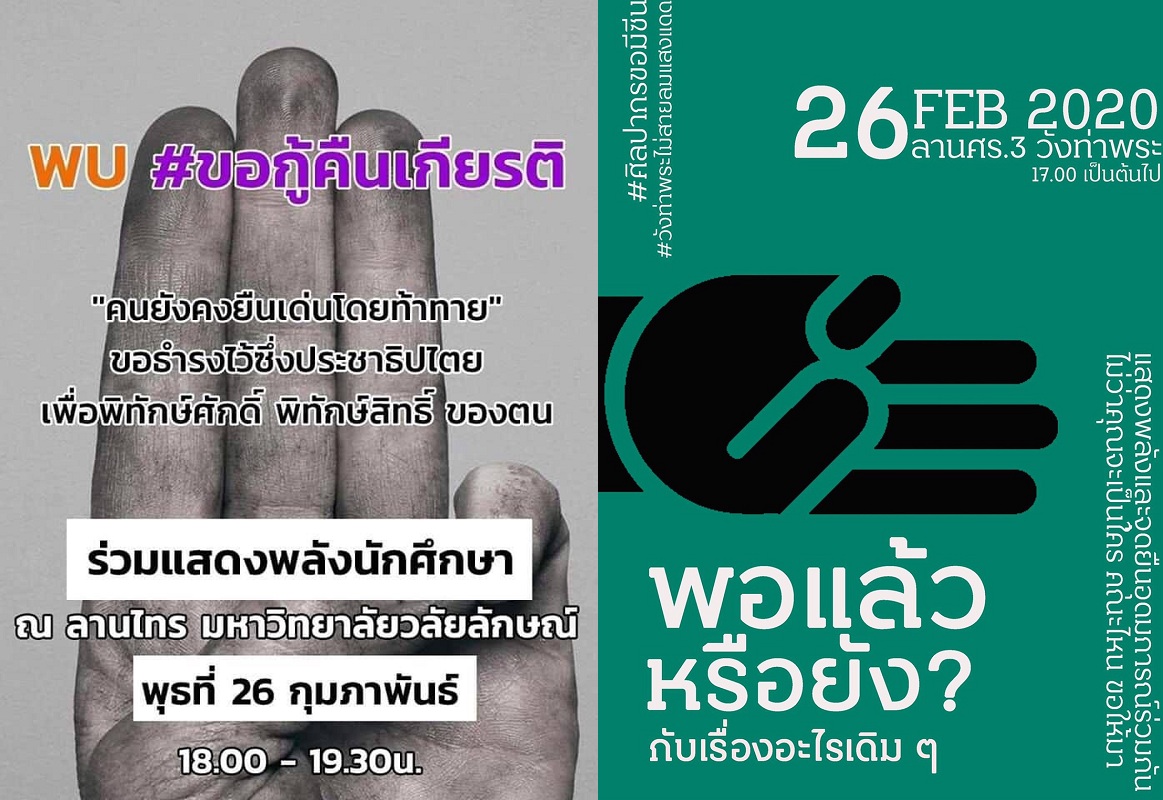 They called for a show of unity through gatherings at university premises, aimed at sending a message to the government that they support democracy and not dictatorship.

Ramkhamhaeng University which has the highest number of registered students will hold a rally tomorrow ( February 26). 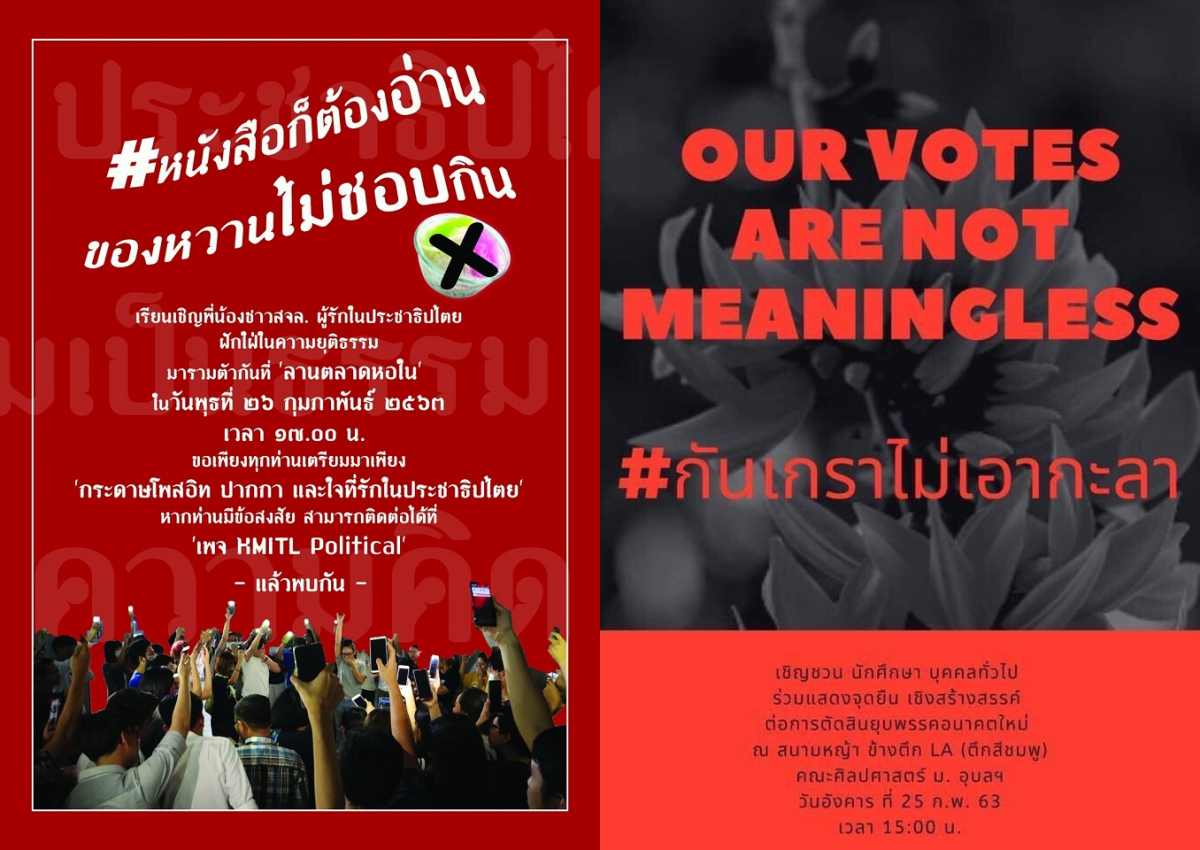 Former students of Ramkhamhaeng University said they supported the new generation of students at the university, which reminded them of the fallen students in two tragic political events: the 1973 Thai popular uprising and Black May in 1992. 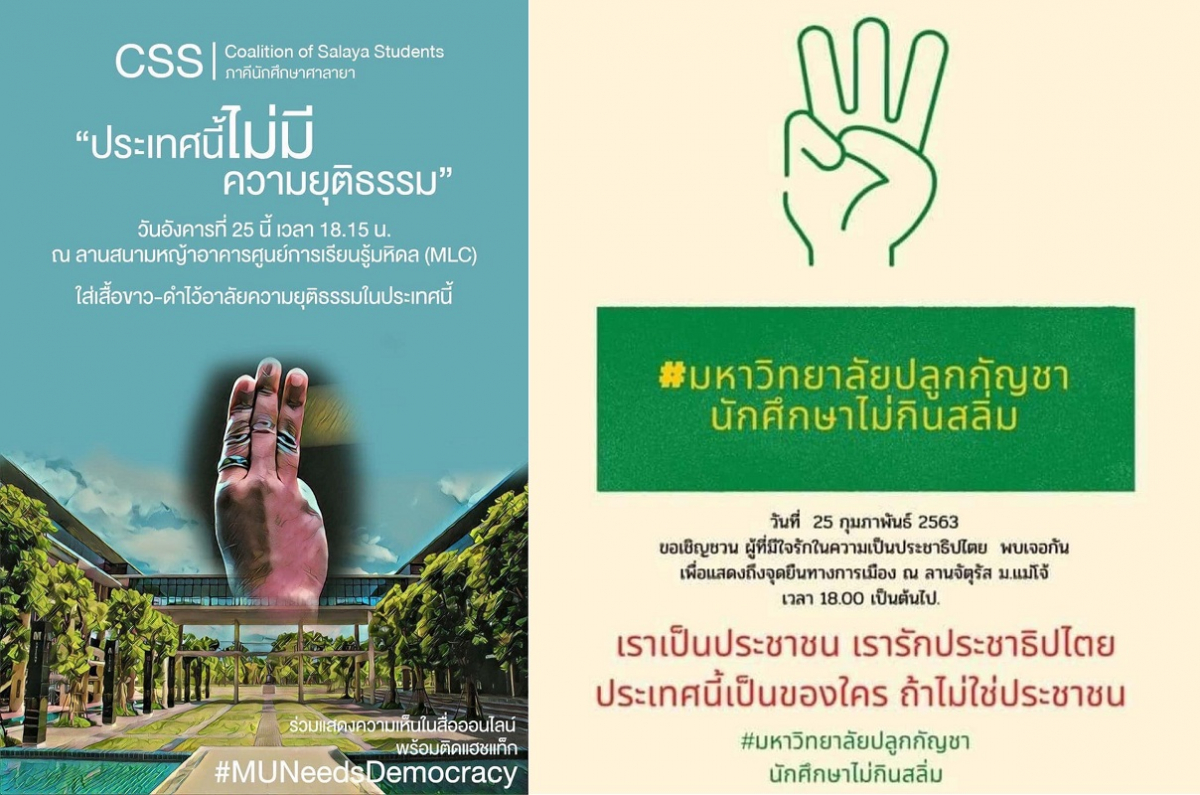 They also requested a rewriting of Constitution BE 2560 for the Constitution Drafting Assembly of Thailand to be formed based on majority vote of the public and for the right of Thai citizens to cast votes in a referendum on the writing of a new constitution before it is finalised.