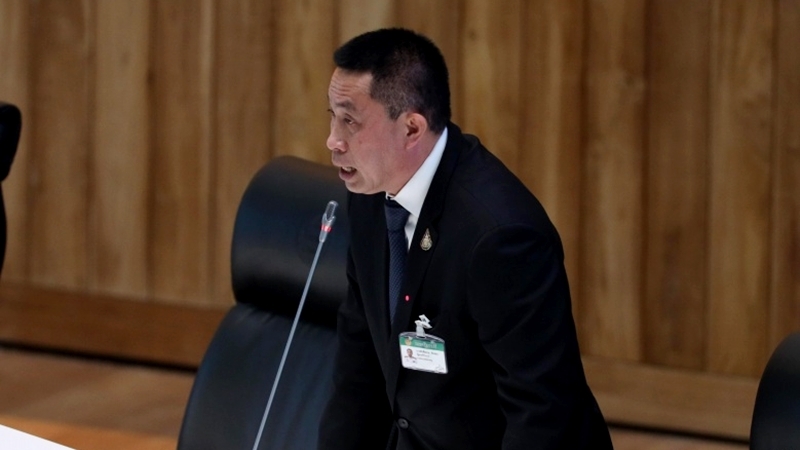 Transport Minister Saksayam Chidchob, prodded by opposition MPs’ complaints about the stalled economy during the censure debate on Wednesday (February 24), found himself explaining the purpose of a planned high-speed railway in the East.

The rail line linking to U-tapao Airport in the Eastern Economic Corridor (EEC) would support all forms of train transportation services, he said.

Eight companies formed into two business groups, BSR and CPH, had qualified and the latter was selected because it offered higher yield by trimming Bt60 billion off the government’s required investment.

Saksayam was asked why the contract’s signing was delayed and what happened to the government’s original analysis, which said the 220-kilometre high-speed railway required 4,000 rai, along which infrastructure had to be cleared in 300 locations before construction could begin.

The opposition pointed out that 900 people living along the targeted route have been deemed illegal occupants but ought to be compensated for their eviction.

The minister said a commission had been established to conduct monthly inspections and the contract specified no financial compensation for anyone found encroaching.

Moreover, he said, if the government did not help investors in the Bt10-billion project, it would lose their confidence.