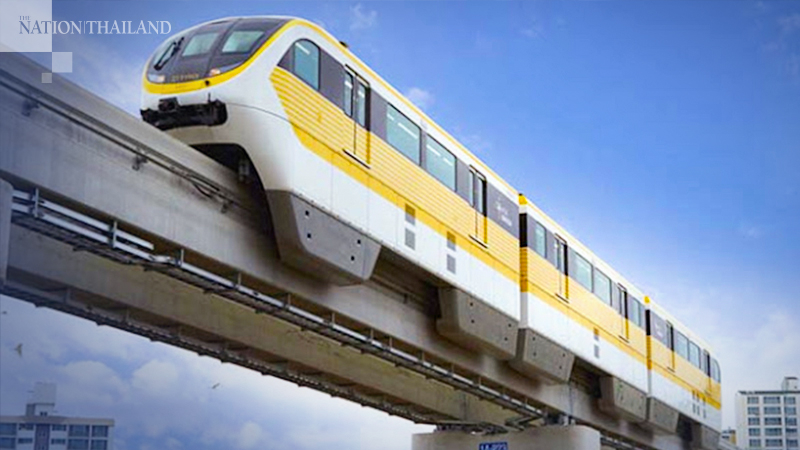 They said the line is linking to a BTS Skytrain route on which constructed hasn’t yet begun and will pass a major shopping mall, meaning the Gold Line will live up to its name and be quite lucrative.

MPs also complained about the planned erection of the Bt4-billion Unity Tower Bangkok in a location that’s difficult to access, and said the government selected the private firm in charge without seeking bids on the project.

To visit the tower, they said, people will have to pass by another large shopping mall.

In response, Prayut said the tower will be a national landmark occupying state-owned land. The contractor is paying rent for the duration of construction, so it’s costing the taxpayer nothing.

Once completed, he said, the tower will belong to the Treasury Department, which will neither seek nor derive benefit from it.

Finance Minister Uttama Savanayana added that a private-sector coalition and more than 50 financial institutions had organised financing and a non-profit foundation was registered to use state property that has long sat empty because it’s not easily accessed.

The government also arranged with the Bangkok Metropolitan Administration and Royal Thai Police to make 2,000 square metres available for access routes to the tower, he noted.

The Treasury Department believes the development itself will boost land values and it is meanwhile reaping fees while construction continues.

As for the lack of open bidding, private investment must legally be in accordance with government policy, but the bidding was delayed and the commission established for the project was left with insufficient time for a bidding process. It had to make quick decision for the benefit of the country.

Interior Minister Anupong Paochinda said the Gold Line was among development projects approved by the Commission for the Management of Land Traffic. The city granted Krungthep Thanakom Co Ltd permission to invest and no government funding was involved.

Private firms have also been contracted to buy advertising space on the trains and in the stations for 30 years, paying Bt2 billion in advance.

Anupong said the domestic and foreign investments might raise suspicions about the involvement of wealthy corporations, but if no laws are broken, the government can’t intervene. The prime minister had nothing to do with the financial arrangements made, he said.