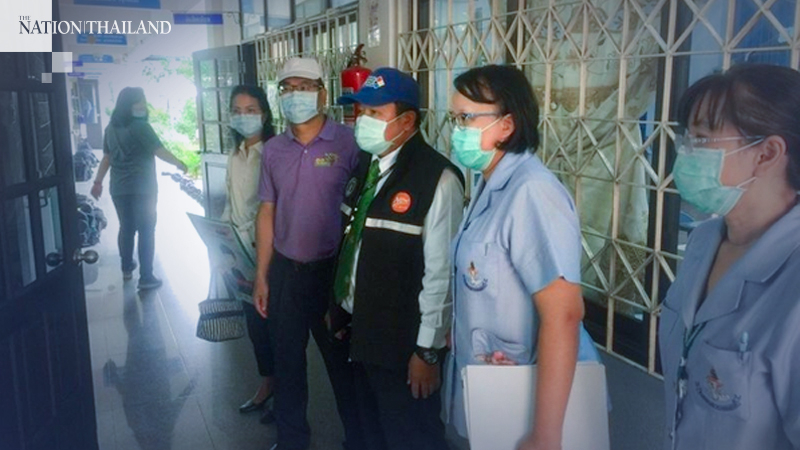 Phraharuthai Donmuang School in Bangkok’s Don Meuang district had a visit on Tuesday (February 26) from worried officials of the Department of Disease Control and district office after a grandfather of one of the students tested positive for the COVID-19 virus.

The granddad returned from a group tour of Japan on February 20 but denied being there until he tested positive at the BCare Medical Centre in Sai Mai district.

Officials quizzed and tested 30 students and 11 teachers at the school on Songprapha Road who had had close with the man’s granddaughter.

They were advised to quarantine themselves at home for 14 days.

The school’s other 100 students were asked to shun public activities and crowded places.

And the school was shut down for 14 days, forcing some parents to come early to pick up their children.

Once empty, department and district staff started scrubbing the buildings with disinfectant.

Thanachart Bank said on Wednesday its Don Mueang branch would be closed for disinfecting because the grandfather’s son works there. The son is also now in self-quarantine, it said.