The Public Health Ministry offered an update on Thursday (February 27) regarding the married couple who returned from Hokkaido, Japan, infected with the Covid-19 virus and apparently passed it on to their grandson.

The ministry said officials have been thorough in tracing everyone who might have been in close contact with the three.

Other family members and some of the boy’s classmates have been told to remain home for 14 days.

Medical staff have tested 101 close contacts and found 97 in sound health, while the other four are awaiting test results.

The three people infected in one family brought the total number of confirmed cases in Thailand to 40, with 27 people cured and released and 13 still hospitalised. No one has died from the disease in Thailand.

Sopon Iamsirithaworn, director of the General Communicable Diseases Bureau at the Disease Control Department, on Thursday announced the release from medical care of patients 24-27.

China has largely barred its citizens from leaving the country, but more infections have been detected in other places, particularly Japan and South Korea, he noted.

He urged all Thais returning from overseas place themselves in quarantine at home for 14 days, wear a mask and avoid all contact with the public.

The Health Ministry has also advised all citizens to avoid travelling abroad to locales where the virus is present. 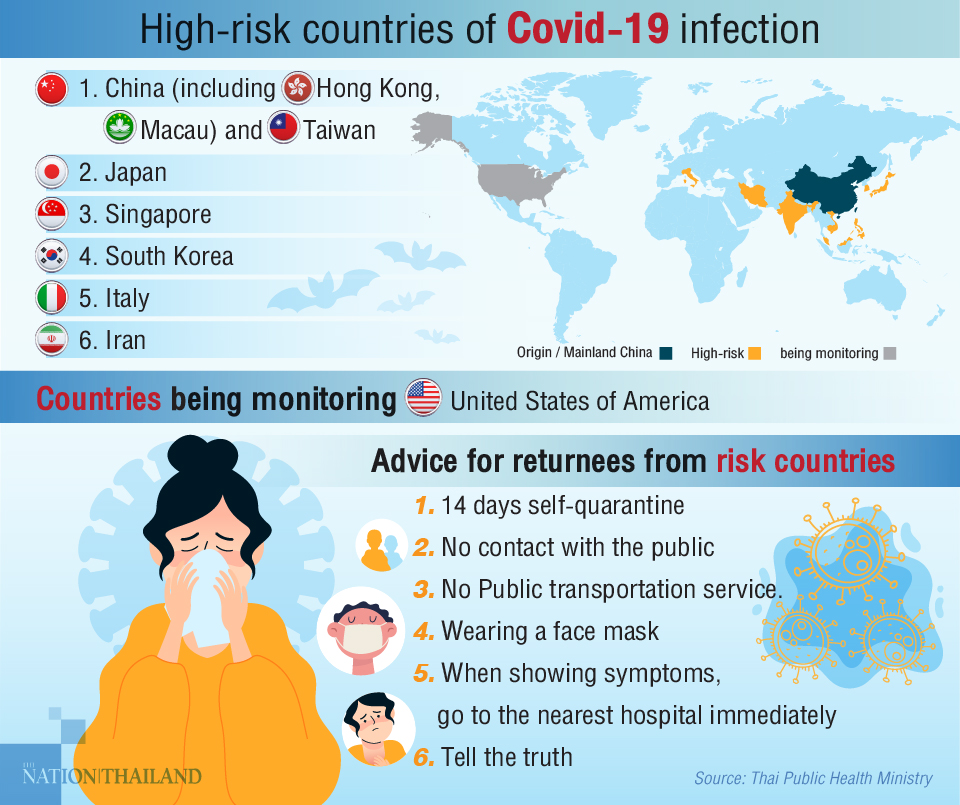