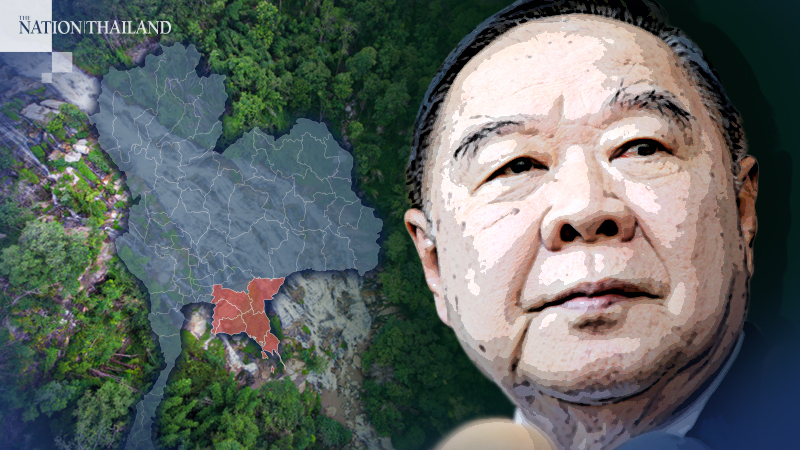 Clearly dissatisfied with this week’s parliamentary censure debate, which ended with the premier and other Cabinet members earning votes of confidence by huge margins, Rangsiman Rome, an MP with the now-disbanded Future Forward Party, has launched his own outside the House.

Rangsiman is focusing on Deputy Prime Minister Prawit Wongsuwan’s alleged use of land owned by the Five Provinces Bordering Forest Preservation Foundation as an “operations centre”.

The foundation was established in 2006 to support royal directives to preserve forest and wildlife along a 1.2-million-rai tract on the Cambodian border.

Among the foundation’s original directors were Sonthi Boonyaratglin, the now-retired general who led the 2006 coup, and current Interior Minister Anupong Paochinda.

Rangsiman has pointed out that Anupong, Prawit and another foundation director, Noppadon Intapanya, as well as Sonthi, all held generals’ ranks during the most recent coups.

Noppadon was secretary general of the National Council for Peace and Order established by the military after the 2014 coup.

Rangsiman alleges that the foundation has received financing from both foreign and domestic corporations along with lucrative posts in the private sector for Thai government officials.