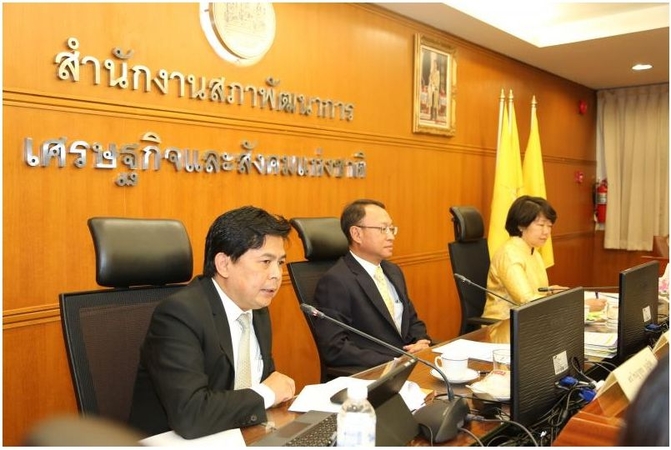 Household debt rose 5.5 per cent from the third to the fourth quarters of last year to reach Bt13.24 trillion, the Office of the National Economic and Social Development Council reported on Friday (February 28).

“The ratio of household debt to gross domestic product (GDP) rose to 79.1 per cent, which was the highest in 11 quarters, since the first quarter of 2017,” it said in a report.

“However, household debt in the fourth quarter expanded more slowly than it had in the third, when it grew by 5.8 per cent compared to the second.

Non-performing loans (NPLs) for consumption from commercial banks in the fourth quarter amounted to Bt140.57 billion, a 16.7-per-cent increase over the same period of 2018 and representing 2.9 per cent of all loans, up from 2.81 per cent.

Property NPLs rose 3.71 per cent of the total and automotive NPLs 1.86 per cent, while personal and credit card NPLs showed improvement.

The council expects the household debt-to-GDP ratio to continue increasing but at a slower rate and ultimately show a year-on-year increase.

It noted that the Bank of Thailand is formulating measures to control household debt, such as setting a debt service ratio to gear loan amounts to the applicant’s earnings, urging financial institutes to adopt more responsible loan criteria, and promoting financial literacy to help the public budget more wisely.