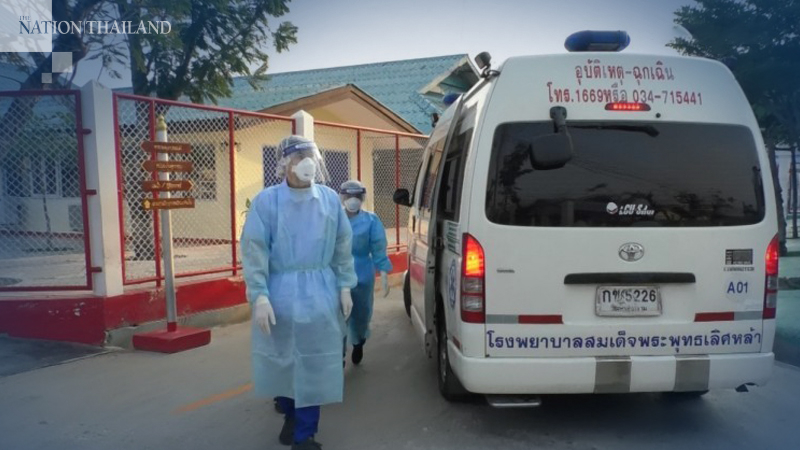 Inmates and staff of Samut Songkhram Central Prison had a drill on Friday (February 28) in a bid to prevent a Covid-19 virus outbreak. 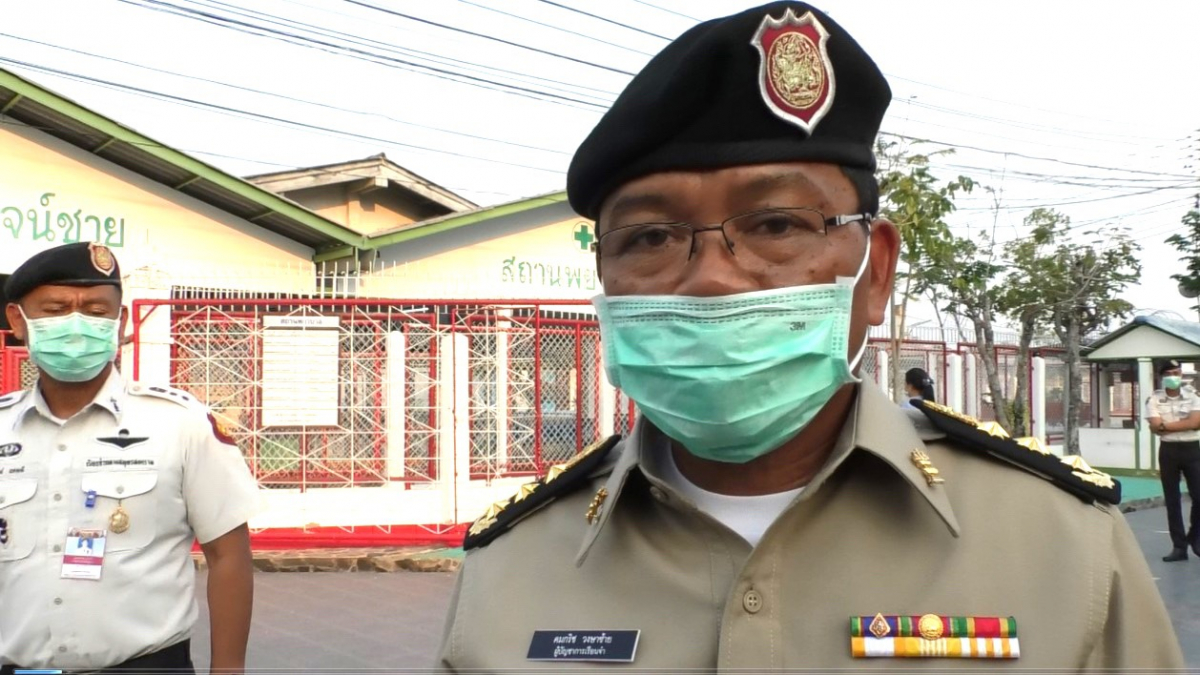 “The drill simulated what would happen if five male inmates, one being Chinese, had a high fever and were coughing and sneezing,” Komkrit said. “Two of them were found to meet the criteria for monitoring the disease, so they were separated in a restricted area for 14 days.

“Meanwhile, two other inmates showed high fever, had difficulty breathing and fell unconscious, so the hospital was called to send ambulances so they could receive urgent treatment.” 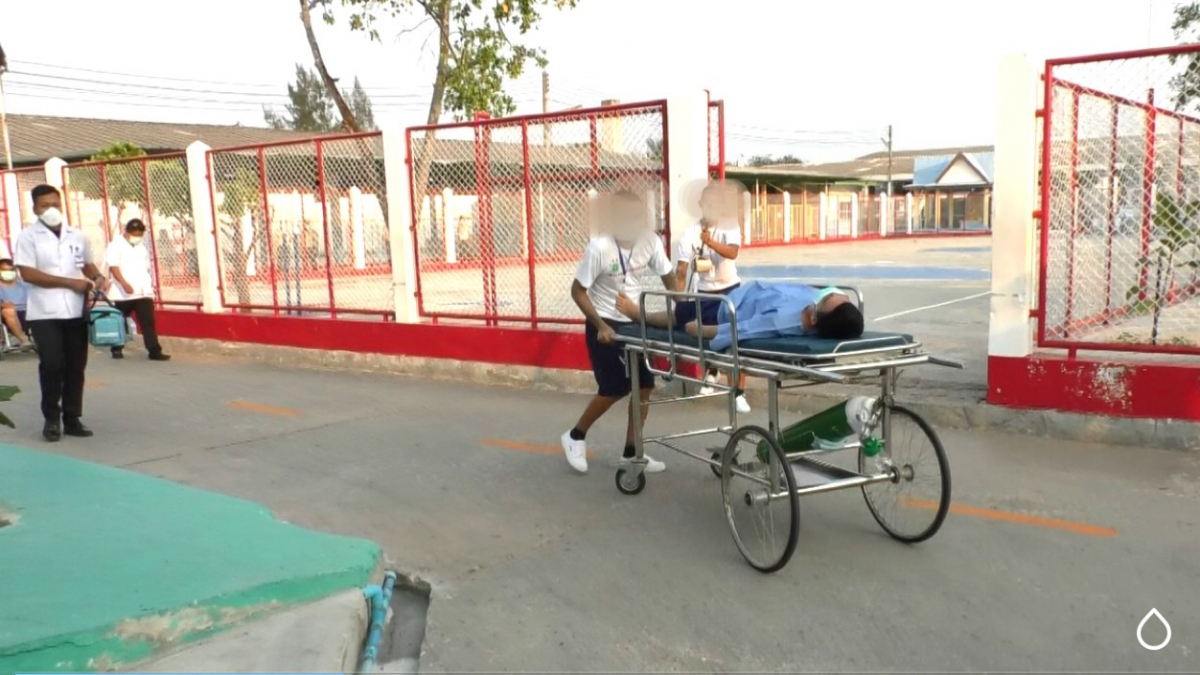 Komkrit said the Department of Corrections orders drills for all such risks to prison populations to make sure officials know what to do in any given situation.

As another preventive measure, prison officials collect the health and travel histories of visiting relatives and check their temperature on arrival, as well as that of the inmates.

“We also do public relations to build awareness about virus prevention,” Komkrit said. 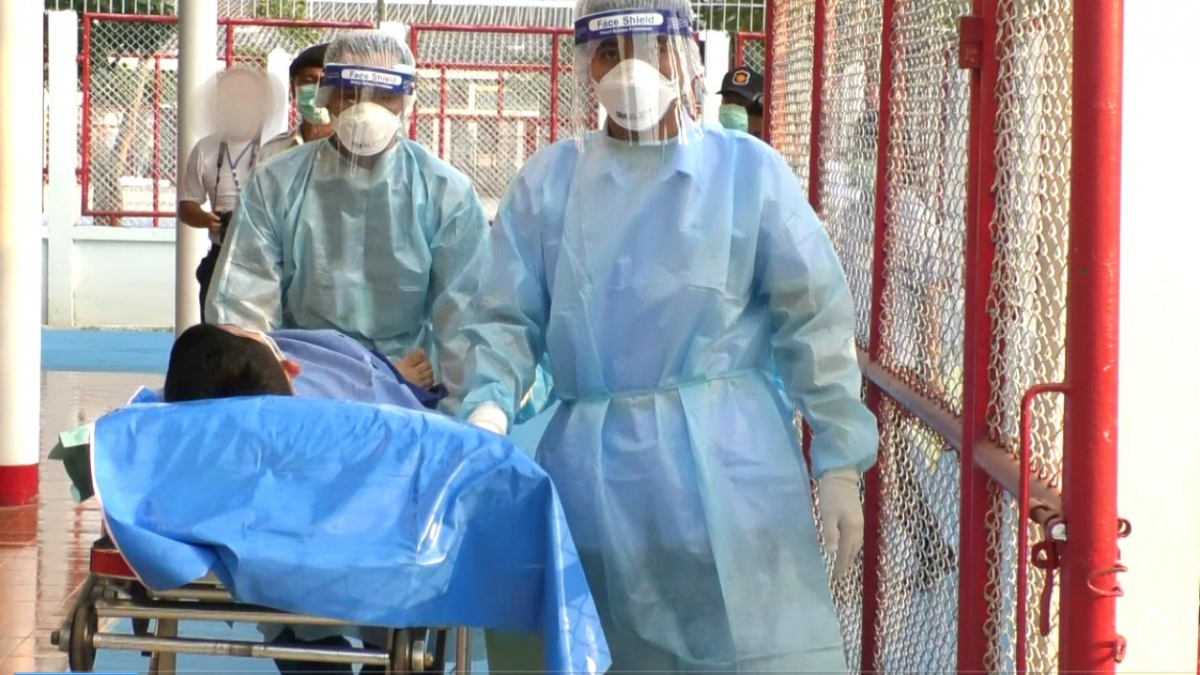 “Along with keeping suspect inmates separate for 14 days should an incident occur, officers working closely with them would spend 14 days in quarantine at the hospital.”

Both guards and inmates have been provided with protective gear and there are limits on large inmate gatherings and group activities for visitors.