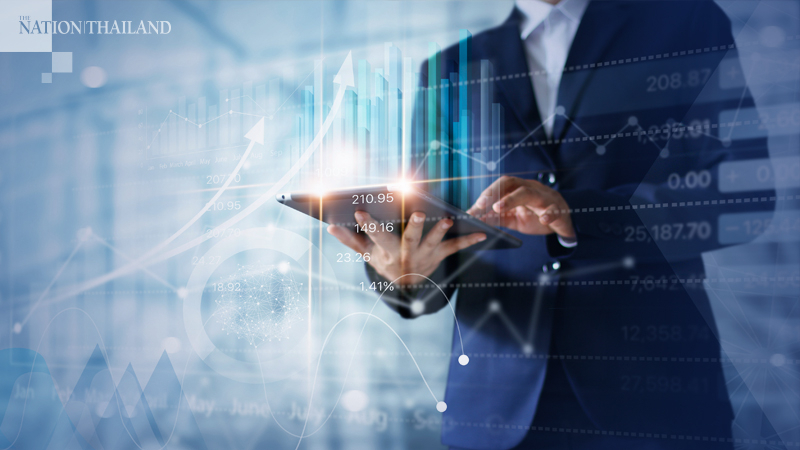 Stock analysts have reduced the profit forecasts for listed companies after their performance in 2019 was below expectation.

Head of research at KTB Securities, Mongkol Puangpetra, said that the company has reduced the profit forecast of listed companies in 2019 by 8.7 per cent to Bt850 billion from the previous year’s Bt931 billion.

“The company has gathered information from 526 listed companies that announced their performance and found that the total profit as of February 27 was Bt834 billion, lower than the expected Bt880 billion,” he said.

“The company is currently cutting the profit forecast of listed companies in 2020 for the second time by 3-4 per cent to Bt952 billion from the previous Bt980 billion due to the impact of Covid-19 and the lower-than-expected profit in 2019,” Mongkol said.

“We expect that earnings per share this year will be at Bt88-89 per share from the previous year’s Bt91.3.”

He explained that businesses whose profits are likely to fall are oil and petrochemical industry because oil price has decreased by 20 per cent at the beginning of this year and declined product spread, followed by tourism, hotels, and airlines due to the impact of Covid-19 virus, and commercial banks because there are no special items from asset sales as in the previous year.

“We must keep our eyes on retail and residential businesses about how much they will be affected by the economic slowdown,” he added. “Businesses whose profits are likely to grow are exporters and electronic, food and financial groups.”

Vice president at Asia Plus Securities, Terdsak Taweethiratham, said that the company has reduced the profit forecast of listed companies in 2020 by Bt92 billion to Bt897 billion from the previous Bt1 trillion, due to the Covid-19 virus outbreak, which has impacted the overall economy and industries.

“We have reduced earnings per share this year by 3.2 per cent to Bt86 per share from the previous Bt88.87 per share. Also, we have reduced the target for the Thai stock market this year to between 1,420 and 1,460 points,” he said.

He said that stocks that will be most affected are oil, petrochemicals and tourism. The five stocks to see biggest profit reduction are: PTT, Thai Airways, Airports of Thailand, PTT Global Chemical (PTTGC) and Indorama Ventures.

“For profits in 2019, the company has gathered information from 474 listed companies under the SET that have announced their performance, accounting for 91 per cent of market capitalisation. The total net profit was Bt895 billion, down 4.8 per cent year on year and lower than the company’s expectation of Bt950 billion,” he said.

A senior strategist at Tisco Securities, Apichat Poobunjirdkul, said that the Thai stock market on Friday fell sharply in keeping with global market trends due to uncertainty following the Covid-19 outbreak which has spread to the US.

“The Thai stock market next week will tend to fluctuate, but it would recover since Opec will reduce the production capacity to support energy stocks amid the Covid-19 outbreak. Therefore, we expect that the index will move between 1,290 and 1,300 points,” he said.