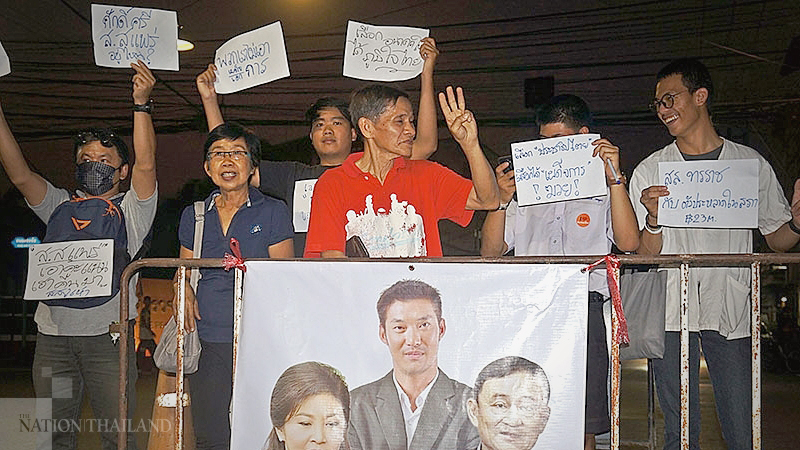 Local in Phrae province are furious after it became known that two former Future Forward Party MPs from the province have reportedly agreed to join Bhumjaithai Party.

Some residents of the province marched on a street in the city on Sunday (March 1), holding signs expressing their disappointment that the MPs they had elected were joining the government side.

Most of the protesters were members of the pro-democracy network in Phrae who had overwhelmingly voted for the now-dissolved Future Forward Party and never expected that the defection would happen.

They said the purpose of the protest was to put pressure on those MPs to explain the reasons why they had decided to join the government. The MPs, however, have not yet responded.