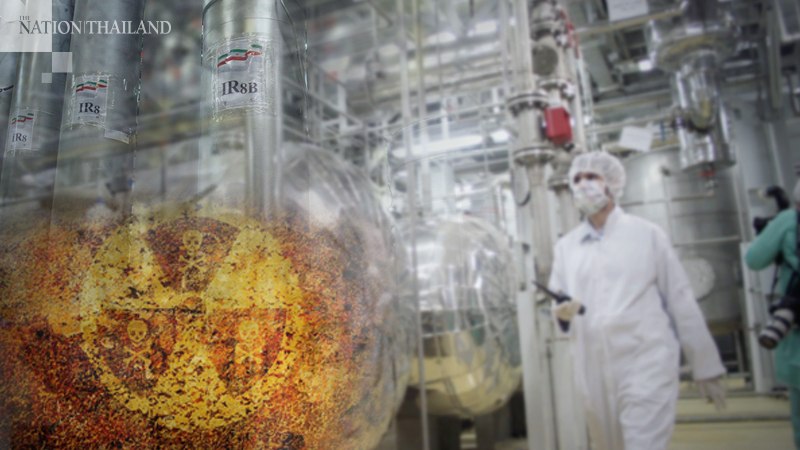 Iran is dramatically ramping up production of enriched uranium in the wake of the Trump administration's decision to abandon the 2015 nuclear deal, the U.N. nuclear watchdog confirmed Tuesday while also criticizing Tehran for blocking access to possible nuclear-related sites.

Inspectors from the International Atomic Energy Agency reported a near-tripling of Iran's stockpile of low-enriched uranium just since November, with total holdings more than three times the 300-kilogram limit set by the nuclear accord. Iran also substantially increased the number of machines it is using to enrich uranium, the agency said, allowing it to make more of the nuclear fuel faster.

The confidential report provided to member states and obtained by The Washington Post is the first since Iran announced it would no longer adhere to any of the nuclear pact's restrictions on uranium fuel production, in a protest of the Trump administration's decision to walk away from the deal. Iran has declined to formally pull out of the agreement, known as the Joint Comprehensive Plan of Action, in which it had to sharply curtail its nuclear activities and submit to intrusive inspections in exchange for relief from economic sanctions.

Inspectors confirmed that Iran now possesses more than 1,020 kilograms of low-enriched uranium - up from 372 kilograms in the fall-- although the IAEA found no evidence that Iran is taking specific steps toward nuclear weapons production. Iran's low-enriched uranium, the kind typically used in nuclear power plants, would have to undergo further processing to be converted to the highly enriched uranium needed for nuclear bombs.

Independent analysts said the bigger stockpile and faster enrichment rate has substantially decreased Iran's theoretical "breakout" time - the span needed for acquiring enough weapons-grade material for a single nuclear bomb. When the Iran deal was fully implemented in 2015, U.S. officials said Tehran would need about a year to reach the "breakout" point if it chose to make a bomb. Based on the new figures, one Iran analyst calculated on Tuesday that the window has been reduced to about 3 1/2 months.

Iran's enriched uranium soared to "levels not expected just a few weeks ago," said the analyst, David Albright, president of the Institute for Science and International Security, a Washington nonprofit specializing in nuclear weapons research.

The dramatic increase appears to be mostly due to the addition of about 1,000 centrifuges that Iran had put back into production in recent months. The report confirmed that Iran has restarted hundreds of centrifuges at an underground facility called Fordow, where all enrichment activity had been officially halted under the terms of the 2015 deal.

In a rare step, the watchdog agency criticized Iran in a separate report for blocking its efforts to investigate claims of undisclosed nuclear activity at three sites in Iran. The agency sent letters to Iran demanding access to the sites, which independent experts say were apparently used to conduct experiments or to store equipment from a secret weapons research program in the early 2000s.

After a 2019 visit to one of the sites - a building in a Tehran suburb called Turquz Abad - IAEA officials reported finding unexplained traces of enriched uranium. Since then, inspectors repeatedly observed activities "consistent with efforts to sanitize" the site, the agency said in the report.

The watchdog agency began asking about the facilities after they were first identified in a trove of stolen nuclear documents taken from inside Iran by Israeli operatives in 2018. The stolen records exposed new details about Project 119, as Iran called its secret weapons program in the early 2000s. U.S. officials believe the program was halted by Iran's leaders in 2003, when the country shifted its focus to making enriched uranium. Tehran says the uranium was intended only for use in civilian nuclear power plants.

The IAEA reports are certain to rekindle a debate over President Trump's decision to walk away from the accord, which the White House says failed to address long-term concerns over Iran's nuclear intentions. Critics of the deal pointed to Tehran's lack of cooperation with IAEA inspectors as evidence that Iran cannot be trusted.

"The problem is not breakout at known facilities; it is sneakout at clandestine facilities through advanced centrifuges permitted by JCPOA," Mark Dubowitz, chief executive officer of the Foundation for the Defense of Democracies, said in a Twitter posting, using the acronym for the nuclear deal.

Other experts said the report highlighted the adminstration's folly in torpedoing a deal that was demonstrably working, without having a viable alternative plan for keeping Iran's nuclear activities in check.

"The bottom line: Iran is closer to being able to build a bomb now than under JCPOA and the previous administration, and we are less capable of addressing that danger," said Jon Wolfsthal, the senior director for arms control in the Obama White House's national security council, in an email.

Some experts who supported the JCPOA viewed the dispute over Iran's transparency as ominous. While the standoff stemmed from a research program that was abandoned nearly two decades ago, the issue is potentially "more serious than the increased stockpiles, in that it challenges the IAEA's verification role," said Mark Fitzpatrick, an associate fellow with the International Institute for Strategic Studies.

"Failing to cooperate with the agency is a probable safeguards violation, which could trigger more IAEA board censure and reporting to the U.N.," he said.

The 2015 Iran agreement was signed by the United States and five other world powers: Russia, China, Britain, France and Germany. In it, Iran agreed to sweeping restrictions on its nuclear activities, including limits on its uranium stockpile and curbs on the number of centrifuges - machines used to enrich uranium - that it could operate. Iran also agreed to remove and disable a nuclear reactor that U.S. officials feared could be used to make plutonium for nuclear bombs. Some of the restrictions were set to expire after 15 years.

Trump ridiculed the Obama-era deal during his presidential campaign, calling it a "disaster" and the "worst deal ever." Although Trump administration officials confirmed that Iran was honoring the terms of the agreement, the White House in 2018 said it was quitting the accord and reimposing economic sanctions in an effort to force Iran to agree to even tougher limits. The other signatories have continued to honor the agreement, although Iran's recent defiance has spurred concerns that the deal will collapse, freeing Iran to further accelerate its nuclear program.

Many current and former U.S. officials believe that Iran's defiant behavior is partly posturing, an attempt to pressure Europeans and warn the United States about the potential consequences of fully abandoning the nuclear agreement. Iran so far has continued to grant IAEA inspectors access to its declared nuclear facilities. Kicking out the U.N. nuclear watchdog would be widely perceived as a sign that Iran intends to begin making nuclear weapons.