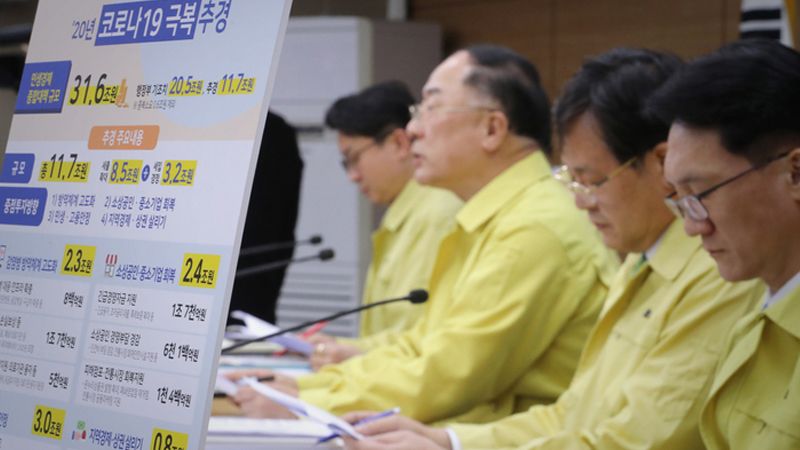 By Bae Hyunjung
The Korea Herald

The bill, approved by the Cabinet on Wednesday, is set to be handed over to the National Assembly on Thursday for immediate effectuation.

“The scale of the extra budget stands at 11.7 trillion won, of which revenue accounts for 3.2 trillion won and expenditure for 8.5 trillion won,” said Deputy Prime Minister and Finance Minister Hong Nam-ki at the Cabinet meeting.

The occasion took the form of a long-distance videoconference as Prime Minister Chung Sye-kyun, who presided over it, is currently staying in the epidemic-hit city of Daegu as the nation’s central disaster headquarters chief.

The suggested budget is similar to the amount allotted to deal with the Middle East respiratory syndrome crisis in 2015, when the government spent an additional 11.6 trillion won. The difference, according to the fiscal chief, is that the latest budget plan focuses more on expenditures.

“In the MERS extra budget, revenue and expenditure (each) accounted for almost half the total amount but this time, expenditure accounts for about three-quarters, standing at 8.5 trillion won,” Hong said. 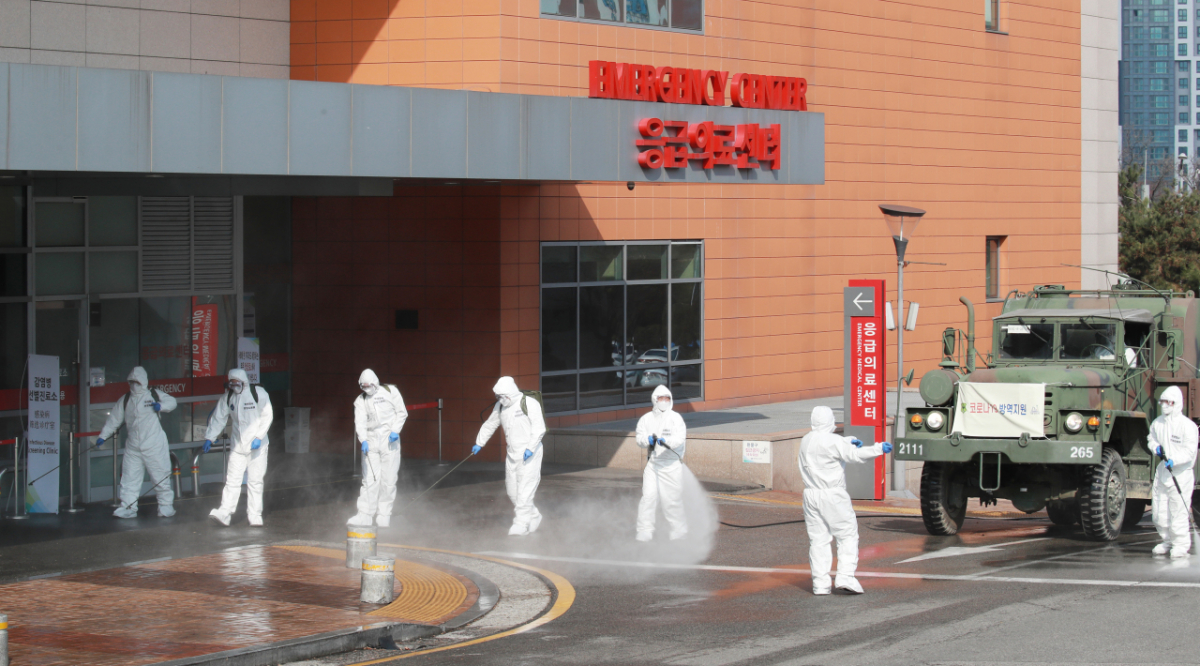 Also, the government will be providing 4 trillion to 5 trillion won in the form of administrative fiscal measures, and this will be separate from the parliament-approved budget plan, he added.

The chief policymaker vowed all efforts to bring the budget plan into force swiftly, urging full cooperation from the legislature. The National Assembly’s extraordinary session, which kicked off Feb. 17, is set to close March 17.

Once the budget plan takes effect, the government’s priority will be to spend 2.3 trillion won to enhance the nation’s quarantine infrastructure. The initial plan is to expand the number of infection control hospital wards to 280 from the current 160 and to fully fund ambulances.

Some 350 billion won will be used to indemnify financial losses faced by selected medical care centers and hospitals in charge of fighting the new coronavirus. A similar amount has already been executed from the state’s reserve funds.

For confirmed patients who undergo economic hardship as a result of prolonged quarantine periods, the government will provide an additional 80 billion won from the proposed extra budget, adding to the 160 billion won earlier allocated from reserve funds.

In a supportive gesture to assist small businesses, the government set aside 2.4 trillion won from the forthcoming budget to provide low-interest loans and loan guarantees.

Considering the possibility of more severe damage from the crisis, the government also increased the ceiling of its reserve funds to 1.35 trillion won, in case the need arises, according to the minister.

The government also said it will distribute 7 million face masks for free in specially designated areas such as Daegu and Cheongdo, which will cost 8.1 billion won. It also reiterated ongoing policy actions to curb the exports of masks and allocate them to local users.

The extensive budget road map for this year, however, also rekindled some concerns about the nation’s fiscal soundness.

In this year’s budget plan, Korea saw its sovereign debt climb to 805.2 trillion won, up 64.4 trillion won from the previous year. Assuming that the parliament approves an extra budget in the 11 trillion won range, the country’s sovereign debt ratio to its gross domestic product is likely to surpass the 40 percent mark.

As of now, the Organization for Economic Cooperation and Development defines Asia’s fourth-largest economy as “fiscally sound,” but anxiety has been mounting lately in light of demographic trends toward a rapidly aging society. The National Assembly Budget Office, in its midterm outlook report, claimed that the sovereign debt ratio could rise as high as 56.7 percent by 2028.