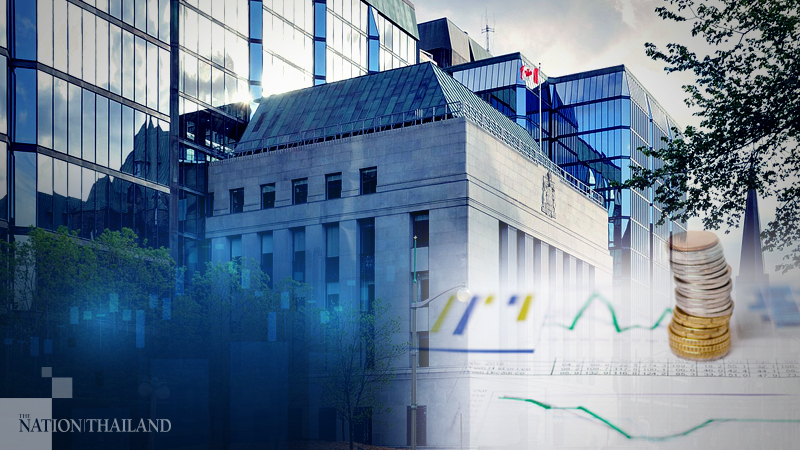 The Bank of Canada's interest-rate cut Wednesday sent bond yields plunging and weakened the loonie against most major peers.

Canada's 10-year yield plunged to a record low minutes after the nation's central bank cut interest rates by half a percentage point to 1.25% and said the spread of the coronavirus is muddying the growth outlook. The Canadian currency extended losses, while stocks initially climbed as traders wagered more rate cuts are ahead.

"The BoC statement is really pessimistic," said Steven Englander, Standard Chartered Bank's head of North America macro strategy. There was "no effort to sugar coat" the economic downside, fueling the drop in yields and the loonie.

The bank's rate cut comes on the heels of a reduction from the Federal Reserve as central banks face pressure to act with urgency on a dimming growth outlook. Policy makers cited the spread of the coronavirus as a "material negative shock" after the economy already stalled in the fourth quarter. Swaps traders are still pricing in almost a 70% chance of a rate cut for the next meeting on April 15.

The S&P/TSX Composite Index was up about 1% on the day but lost most of its rally from the interest rate cut.

The Canadian currency dropped 0.3% Wednesday to C$1.3422 per dollar. The move pushed its slump against the greenback to about 3.1% so far this year.

The loonie "has further room to drop," said Bipan Rai, North American head of FX strategy at Canadian Imperial Bank of Commerce. The BOC "was already concerned with respect to consumer confidence heading into this meeting and the dovish guidance points to another cut in April."

The central bank was quick to highlight why a 50-basis-point cut, the first since the 2008-2009 recession, was necessary, saying "the outlook is clearly weaker now than it was in January."