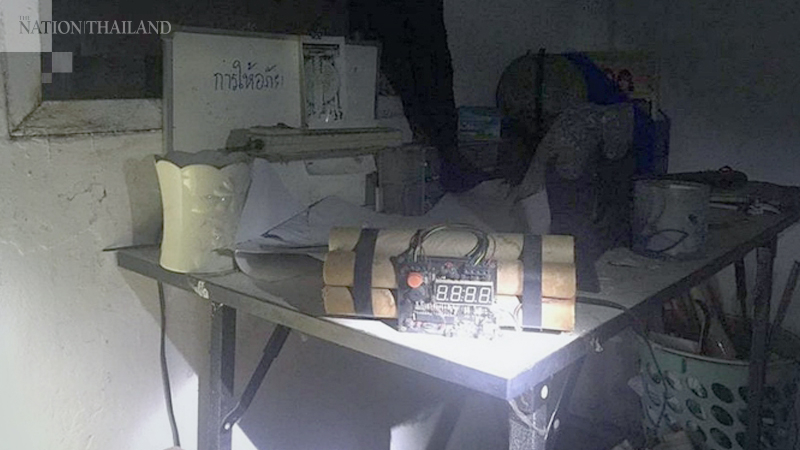 A man who owned a fake time bomb, a toy gun and a map of Bangkok with marks on it was taken in for questioning by Wang Thong Lang Police Station at 2am on Thursday (March 5) but let off with a fine.

Police were informed that a "bomb" was found in an abandoned building in Bangkok. After checking by Explosive Ordnance Disposal officials, the bomb was found to be a broken alarm clock.

The clock owner explained that he had moved from the abandoned building, and lived in a nearby one. However, he had a connection to the old room and secretly brought his things back, including what officials found.

Regarding the map, the man said he was a food deliverer and had marked the map to divide the working areas.

The owner of the abandoned building did not prosecute him for invasion, but police fined him Bt500 for actions that caused panic among people.

However, since the man had no money, the police paid the fine and brought him back to his residence.