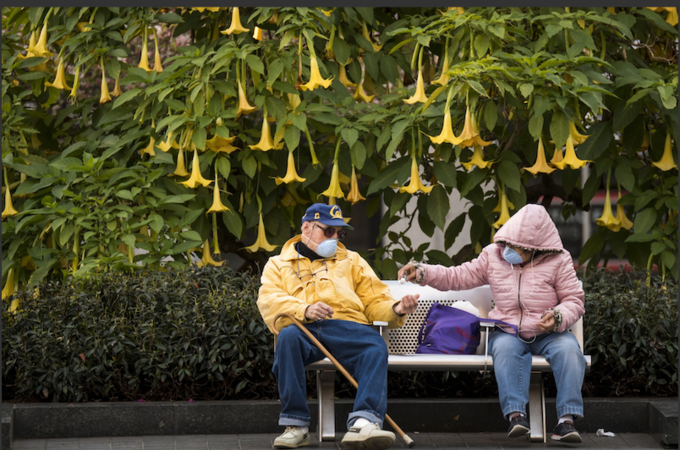 For a look at the potential economic fallout of the coronavirus, San Francisco's Union Square presents a worrisome sight.

The district -- packed with pricey restaurants, luxury shops and gleaming hotels -- is usually a magnet for tourists and conference-goers. But with travel cooling and a string of conferences canceled in the last two weeks, some businesses are experiencing a sharp and sudden downturn. 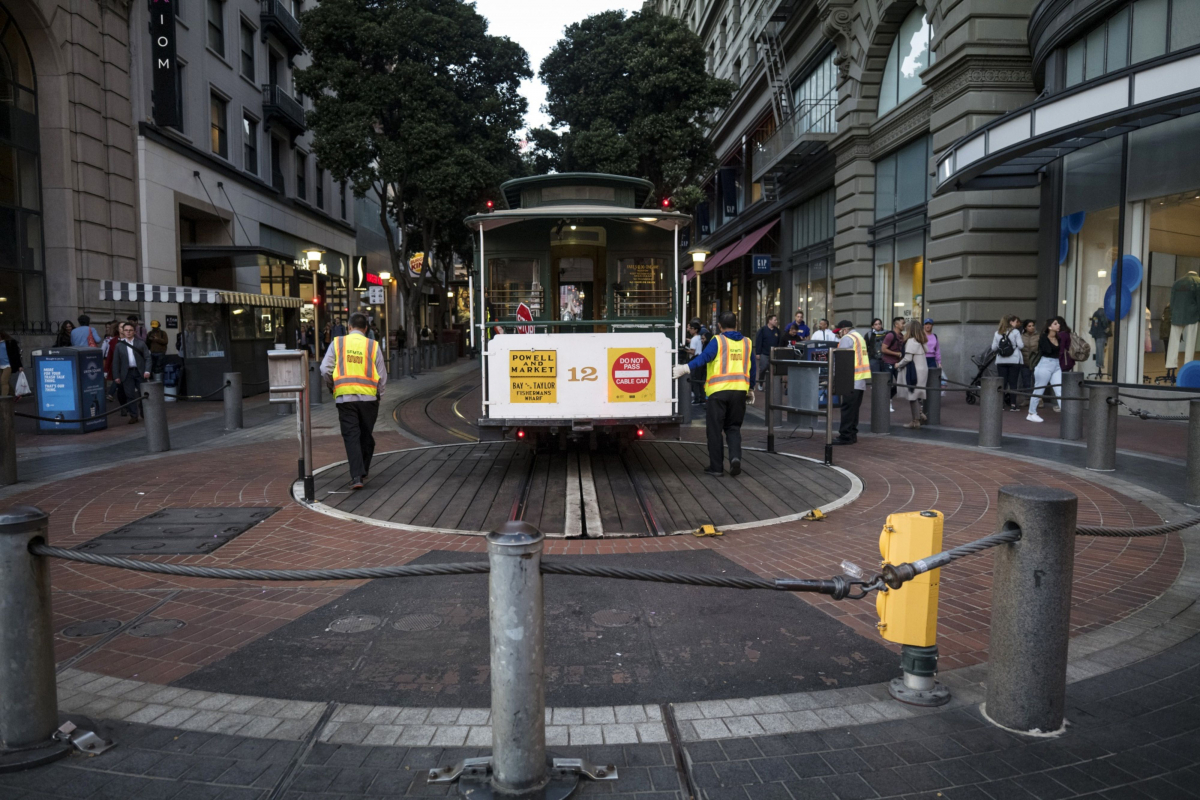 Shopper traffic is slow. Taxi drivers are sitting idle. Hotel demand is dwindling."It's devastating," said Anna Marie Presutti, general manager of the 533-room Hotel Nikko, which has seen its occupancy rate plunge from nearly 90% to just below 50%. "We're experiencing what we experienced right after 9/11."

While San Francisco has yet to have a confirmed case of the coronavirus, surrounding counties reported some of the country's first instances of community transmission. That's keeping tourists and even some residents at home -- a phenomenon already starting to ripple around the country, hitting business owners and threatening broader damage to the economy.

"The effects cascade through a whole series of things: the concessions at the airport, the taxi and Uber drivers, the hotels, the restaurants, the retail," said Sean Randolph, senior director of the Bay Area Council Economic Institute.

Anxieties were likely to heighten further after Gov. Gavin Newsom declared a state of emergency Wednesday following the first virus death in California. The man's case was linked to travel on a cruise ship from San Francisco to Mexico last month.

Tourism stands to be the hardest-hit industry across the U.S., according to William Yu, an economist at the University of California, Los Angeles. He originally predicted 2% economic growth this year, but has cut that forecast to 1.5%, as the drop in travel reverberates to other areas.

Beyond fears of traveling and interacting with strangers, businesses also stand to be hit by falling consumer confidence as the contagion spreads, said Robert Dye, chief economist at Comerica Bank.

"We could see a dent in consumer spending," Dye said. "Restaurants, entertainment, travel, even car and home purchases, depending on how bad things get."

In the Seattle area, where there have been more than 30 virus cases, including an Amazon.com employee, downtown businesses are starting to see signs of a slowdown.

"We usually have a line and there was no line today," said James Walker, who works a Wonderbowl food cart parked outside of Amazon headquarters.

Business was equally light at Lady Yum Macarons & Mischief in the ground-level retail space of the 37-story office tower.

"There's just no one walking around," said Jennifer Guckert, who works in the small shop that sells specialty teas and purple honey lavender macarons. "We barely had anyone in here today and the customers we had said most of their coworkers are working from home."

That's unlikely to improve anytime soon: On Wednesday, officials in King County, which includes Seattle, urged businesses to let their employees do the same if they can.

The dropoff in travel has already started to extend to businesses in other parts of the country.

Thom Conboy, a high-end yacht salesman in Fort Lauderdale, Florida, said spring is typically when clients book yacht charters to the Mediterranean, but that's been drying up because of virus fears. Superyachts, those 100 feet or longer, are especially sensitive to economic swings such as recessions and trade wars, Conboy said, so he's nervous that he could also start losing sales of those vessels.

Jeffrey Starr, president of A-1 Limousine in Princeton, New Jersey, said his company usually has a busy-season boost for his drivers running people to airports. So far, "we haven't seen the uptick," he said.

Virus anxiety has struck a growing number of conferences around the country. San Francisco, a top destination for business travel and a gateway for Asian tourists, has been hit especially hard, with Facebook's GMS Summit canceled and the Game Developers Conference planned for this month postponed. IBM on Wednesday said it would make its Think 2020 event scheduled for May digital-only. It attracted almost 30,000 attendees last year.

Two notable shows set in Chicago also have canceled in recent days, one sponsored by the International Housewares Association and the other by software giant Oracle Corp. Still, the cancellations are small when compared with the 9,400 business-to-business trade shows each year in the U.S., said Cathy Breden, chief executive of the Center for Exhibition Industry Research.

"There's been a significant drop in occupancy rates over the last week," said Kevin Carroll, president of the Hotel Council of San Francisco. This can spell trouble for a number of other businesses reliant on visitors, he said. "It means people aren't eating in restaurants, they're not riding in taxis, they're not taking tours."Laurie Thomas, owner of two restaurants in the Cow Hollow neighborhood and the director of the Golden Gate Restaurant Association, has seen as much as a 40% drop in reservations since last Thursday. "A 40% contraction is really significant in this business," she said.Near Union Square, the scene was eerily quiet Wednesday. At the Swarovski high-end jewelry store, two employees and a security guard stood by themselves surrounded by crystals.

"I was here three hours the other day and no one came in," said Larisa Cruz, one of the workers. Usually they see 20 to 30 customers per day, but recently it's been 10 at most, said her co-worker, Winci Xie. Many of their customers are typically tourists from Asia, so the travel decline has really slowed things down.

Nearby, taxi driver Sami Dufour said wait times for drivers to find customers at the airport have doubled. "It's dead," he said.For many of the businesses experiencing a slowdown, the biggest strain may be for hourly employees who face reduced shifts and smaller paychecks.

"When you don't have people walking in the doors, you don't need housekeepers or doormen or banquet servers," said Presutti, of San Francisco's Hotel Nikko. "This is catastrophic for our industry."