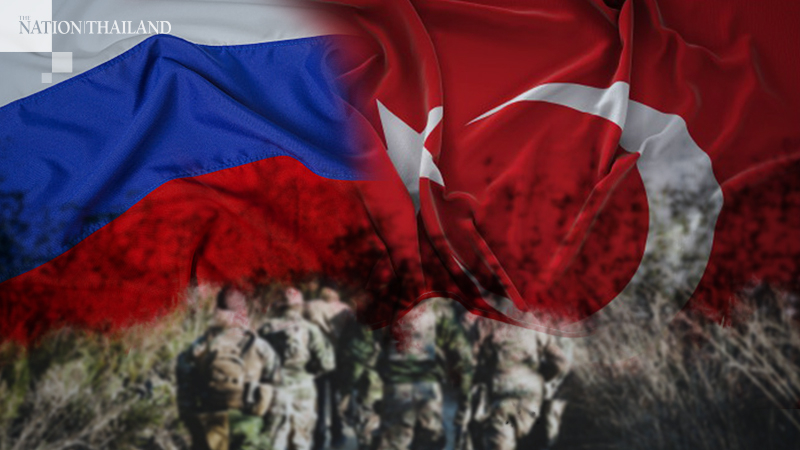 MOSCOW - Russia and Turkey agreed Thursday to a cease-fire in Syria's ravaged Idlib province, the latest agreement on a cessation of hostilities following an especially brutal campaign by Russian-backed Syrian forces against Turkish-supported rebel groups in the region.

The announcement, at a news conference held by Russian President Vladimir Putin and his Turkish counterpart, Recep Tayyip Erdogan, was made after nearly six hours of talks between the two leaders as the risk of direct military confrontation between Russia and Turkey increased sharply in the past week.

The northwestern corner of Syria, which consists of Idlib province and surrounding areas, borders Turkey and is home to thousands of rebel fighters and more than 3 million civilians, the United Nations says. The pocket is mainly held by the Islamist Hayat Tahrir al-Sham, as well as Turkish-backed rebel groups. Tensions in the area escalated sharply in January in January after the Russian-backed Syrian forces intensified their offensive in this last opposition stronghold.

The offensive has caused a major humanitarian crisis, as hundreds of thousands have fled their homes and headed toward Turkey, eliciting a sharp response from that nation. Turkey is struggling to deal with the more than 3 million displaced Syrians living on its territory and has closed its border to refugees. Ankara has deployed thousands of troops in Syria to prevent President Bashar al-Assad's forces from defeating rebel groups, including Turkish-backed factions, and consolidating Syrian control in Idlib and nearby areas.