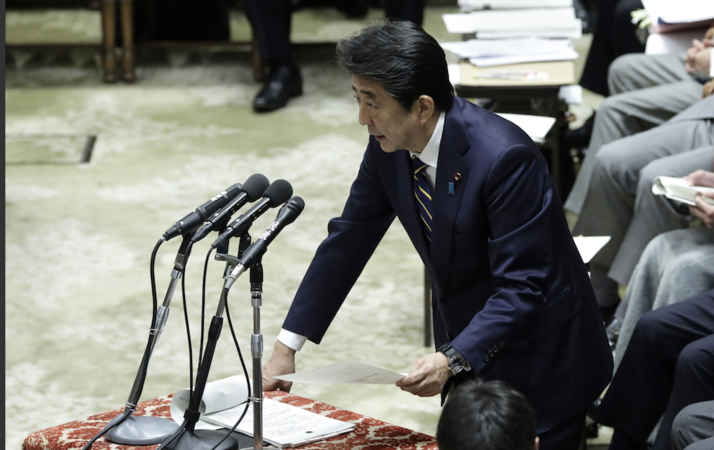 Shinzo Abe, Japan's prime minister, speaks in the lower house of parliament in Tokyo on Feb. 26, 2020. MUST CREDIT: Bloomberg photo by Kiyoshi Ota.

China and Japan agreed to delay the first state visit by a Chinese president to Tokyo in about a decade due to coronavirus worries, as Japan separately announced it would quarantine travelers from some countries hit by the illness.

Japanese Chief Cabinet Secretary Yoshihide Suga said Thursday that both countries agreed to put off President Xi Jinping's visit, which had been expected in April. The event would have been a milestone in Japanese Prime Minister Shinzo Abe's rapprochement with China. 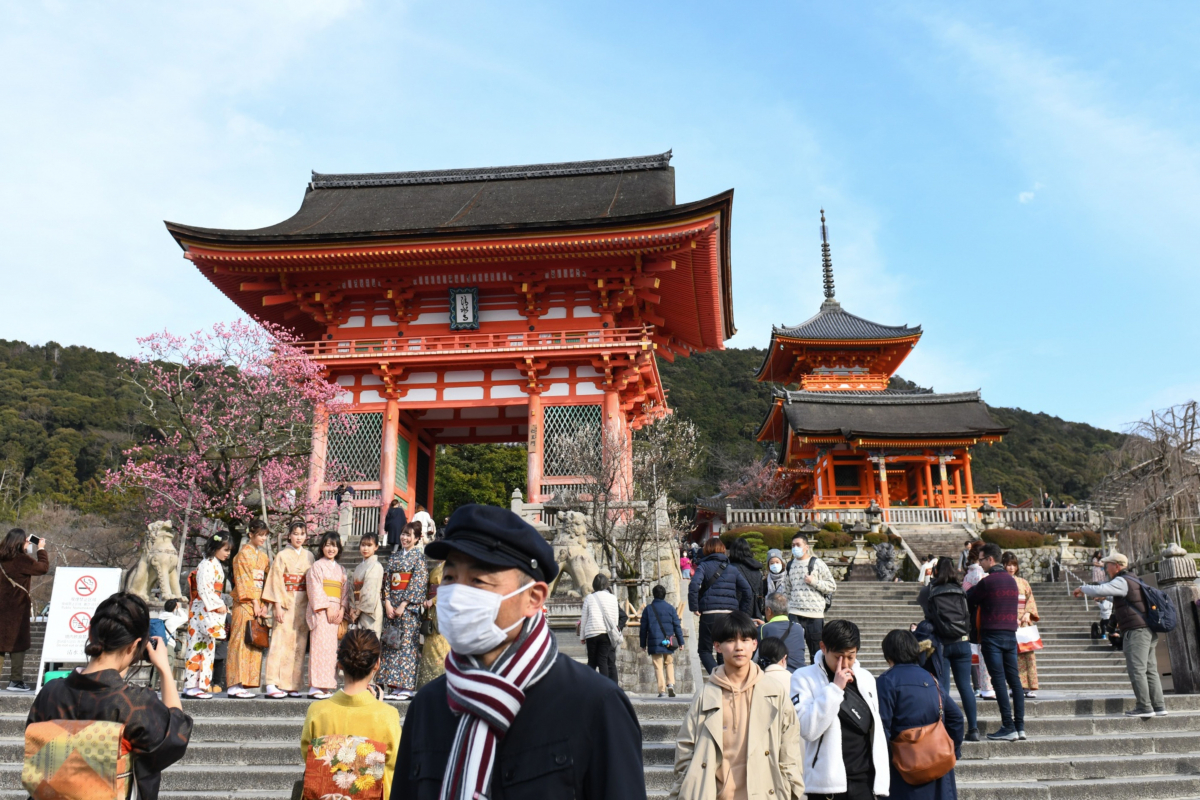 Hours later, Abe announced a dramatic tightening of border controls to combat the virus, including two weeks of quarantine for those arriving from China and South Korea.

"People continue to arrive from all over China and South Korea," Abe told a meeting of his task force on the virus. "To prevent the spread of the infection and assuage the people's concerns, I will strengthen quarantine measures."

The move is likely to effectively halt travel between Japan and China. The current ban on foreign arrivals from China applies only to those who have recently been in the hard-hit mainland provinces of Hubei or Zhejiang.

Chinese Foreign Ministry spokesman Zhao Lijian told reporters in Beijing Thursday that Xi's trip would happen at the "most appropriate timing" and said both sides were in close communication. "We want to ensure that this visit will achieve successful outcomes," Zhao said, when asked if he could confirm the postponement.

Suga said the two countries agreed that the top priority should be halting the deadly coronavirus, which has rapidly spread across the world since emerging in the mainland in December. He said both Japan and China felt proper preparations were needed to make sure Xi's visit "produces sufficient results," and that they would confer on re-arranging it.

Both Xi and Abe face pressure to contain their countries' respective outbreaks, with tens of thousands of people sick in China and criticism over Japan's testing methods. The virus has fueled rare public anger at Xi over his government's response and forced the cancellation of China's legislature's annual meeting, originally set for early March.

China and Japan are also both set to take financial hits from the virus, which has disrupted their intermeshed manufacturing and battered tourism. Xi wants to keep ties strong with Abe amid a trade war with the U.S. that has battered its economy. Meanwhile, his visit would have underscored Abe's struggle to balance Japan's reliance on China as its largest export market and the U.S. as its sole treaty ally.

Foreign visitors from parts of South Korea and Iran will be banned. These expanded bans on entry will apply from March 7, while quarantine measures will take effect from March 9, initially until the end of the month, Abe said.

Flights from China and South Korea will be able to land only in Narita airport near Tokyo and Osaka's Kansai airport, while arrivals by ship will be halted, Abe said. Japan will suspend some visas already issued to Chinese and South Korean nationals, he added.

"Obviously it would have been hard to say the Chinese can't come and welcome Xi at the same time," said Robert Dujarric, director of the Institute of Contemporary Asian Studies at Temple University Japan. "He has to deal with China in a way that minimizes the risk of friction."

The border measures will further push out of reach Japan's target of 40 million foreign visitors this year, when Tokyo is scheduled to host the Olympics and Paralympics.

Japan has been relying on Chinese visitors to offset a plunge in South Korean tourism triggered by an ongoing political spat, and people from mainland China accounted for 35% of the total 2.6 million visitors to the country in January, according to Japan's National Tourism Organization.

The travel measures come after Abe faced pressure over his coronavirus response, which was initially seen as muted in comparison to other countries. Last week, he made an unprecedented call to shut schools nationwide until the start of the next academic year in April.