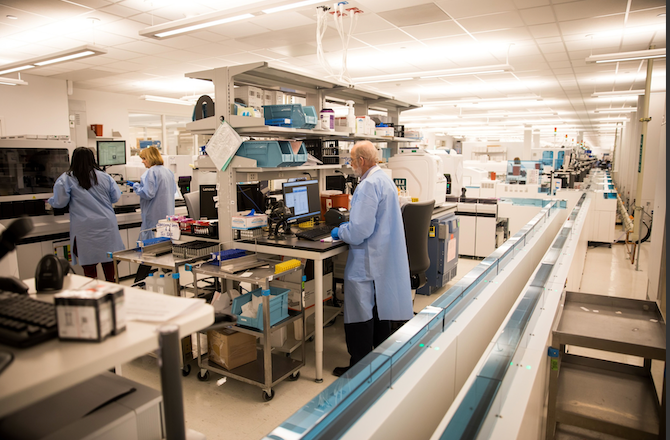 Drugmakers are racing to find treatments and vaccines for the new coronavirus, but crossing the finish line would mean bucking a long and discouraging history-and it may not pay off.

The pharmaceutical industry says it's up to the task of getting therapies to market quickly. At a White House meeting with President Donald Trump this week, executives from some of the world's biggest drug companies said they were making progress. Antiviral medicines could be available in months, they said, with a vaccine by next year.

The history isn't encouraging. Over the past two decades, two other deadly coronaviruses have leaped from animals to humans, an Ebola outbreak killed more than half of those it infected, and a wave of Zika infections harmed babies before they were even born. Pharmaceutical companies spent billions trying to protect the most vulnerable from those pathogens, but were left with little to show for their efforts.

There's no guarantee coronavirus will be different, but scientists worldwide have been moving fast. Researchers in China quickly provided its genetic sequence, giving other scientists a faster start in the hunt for treatments and vaccines. More than 200 clinical trials in China are testing everything from drugs first developed for HIV and the flu to antibody-containing plasma from recovered patients. There are more than 90,000 people infected and 3,000 dead worldwide from the virus, which broke onto the world stage less than three months ago.

Alongside the puzzle in the laboratory exists another problem: Translating the effort into treatments that can quell the outbreak and yield a return on the companies' investments. Stocks of drugmakers and biotechnology companies have racked up big gains on the hope that the industry will see a windfall from treating Covid-19, the disease caused by the virus.

Moderna Inc., maker of the lead vaccine candidate and one of the most notable winners in that rally, has surged 50% in just a few weeks. Gilead Sciences Inc. has seen its market value swell by $17 billion since the outbreak began on hopes its antiviral drug will be a viable treatment.

Those bets are being placed despite caution flags from history. One Ebola vaccine that took years to develop isn't expected to turn a profit. Another heralded Ebola drug, Mapp Biopharmaceutical's ZMapp, hasn't made it out of the lab. A test and vaccine for Zika found few takers. In 2009, vaccines for swine flu were developed at breakneck speed-but not fast enough. That outbreak quickly waned, and countries that had placed large orders with drugmakers like GlaxoSmithKline broke their contracts.

Getting breakthrough medications ready to be taken by people isn't going to be cheap or easy, but U.S. government officials say things will be different this time. The U.S. government's Biomedical Advanced Research and Development Authority used existing contracts to quickly fund some work.

"We are off to the races," said BARDA Director Rick Bright, who is leading the U.S. government's collaboration with industry to develop treatments. He expects it will cost $1 billion to develop a vaccine and another $1 billion for a treatment. That doesn't cover all the costs of the companies working on the therapies, or manufacturing expenses.

"I want to ensure that with the funding I have, the government will be able to partner with them all the way to the finish line this time," Bright said.

Merck & Co. is the only major drug company that still has a vaccine for a novel pathogen, the Ebola immunization Ervebo that won approval last year. It isn't working on a vaccine for novel coronavirus-and its leadership has a warning for those who are. If the virus is as bad as some public-health officials fear, everyone will need to be immunized. But not everyone gets seriously ill, so a vaccine, which would be given to healthy people, would have to be very safe. Ensuring that is a long process.

"I am very cautious on overpromising on the success of a coronavirus vaccine as well as the timing," said Julie Gerberding, who was director of the Centers for Disease Control and Prevention during the SARS outbreak and is now Merck's chief patient officer. "We have never made a vaccine for the world."

At the current pace for pursuing a vaccine, it will take about a year to know if the process works, said Anthony Fauci, director of the National Institute for Allergy and Infectious Diseases. In about six months, if the virus is still spreading widely and early results appear promising, Fauci said he'll start asking drugmakers to proceed "at risk."

"That means you invest hundreds and hundreds of millions of dollars to scale up on something that you hope might work," without definitive proof, Fauci said. "If we start to see sustained transmission from person to person, we are going to be pushing everyone to proceed at risk."

That could be harder for some companies than for others. Moderna, which has the lead vaccine, doesn't have enough manufacturing capacity to supply the shot on its own. Glaxo, which worked on swine flu, has plenty of manufacturing knowledge, but isn't working on a vaccine for coronavirus. Instead, it's offering its drug adjuvant, essentially a booster that can make an immunization more potent, to collaborators.

"We are going to have to employ a much larger pharmaceutical company that's willing to do the opportunity cost that they are going to lose to get it," Fauci said. "It's going to be a challenge to be able to get a major company to do that."

Drugmakers and public-health officials hope they can jump-start the discovery of coronavirus medicines by exploring therapies they already sell or have been developing for other uses. Gilead Sciences' antiviral treatment remdesivir is in the lead in that department, with several studies underway in China, the U.S. and elsewhere. Other drugs, including AbbVie Inc.'s HIV medicines lopinavir and ritonavir, are also being tried. But experience suggests the first medicines out of the gate may not make the grade.

ZMapp, an experimental drug that created a frenzy during the 2014 Ebola outbreak, is a case in point. The drug came to be considered the standard of care after a small study suggested it may reduce death rates. It was soon in such demand doctors ran out of it. Amgen Inc., the Bill & Melinda Gates Foundation and others looked into new techniques to ramp up the complex drug's mass production.

Five years later, study results showed Zmapp didn't offer the protection researchers were hoping for, and 49% of patients given it died. Only one medicine fared worse: remdesivir. Fifty-three percent of the people given Gilead's drug in the Ebola study died.

Drugs also almost always come with side effects, which can create serious problems for people already in distress. A study of the first 18 hospitalized patients with Covid-19 in Singapore found 5 of those who needed oxygen also got AbbVie's HIV medicine. Three of the five improved, while two continued to worsen. Only one was able to handle the side effects, according to a study in the Journal of the American Medical Association.

The need is so great, however, that doctors will often try anything to help their patients.

"I know from talking to my colleagues in Asia, when they get these severe cases they are throwing everything at them," said Greg Poland, director of the Vaccine Research Group at the Mayo Clinic in Rochester, Minnesota. "They are willing to tolerate an awful lot of possible side effects because without it the possibility that their patients will die is so high that it's worth it."

Other approaches are also being studied. Regeneron Pharmaceuticals Inc. is testing its existing treatments and also building antibodies tailored specifically to the novel coronavirus, though those are expected to take longer to develop.

The most significant obstacles to getting viable therapies to market are likely to be timing and the global extent of infection. In the case of SARS, the virus spread fast for nine months but then burned itself out, thanks in part to aggressive efforts to stop its transmission.

"One of the problems with making therapeutics for humans is that once you get to trials, you need to have humans who have been exposed to test them in," said Matt Frieman, who runs one of the preeminent labs focused on coronavirus in the U.S. at the University of Maryland School of Medicine. "Ultimately, you have to have the time to develop the therapeutic and a number of people to test it in."

The potential payoff for industry is clear. Roche Holding AG's Tamiflu brought in almost $3 billion in 2009 when swine flu was raging, even though it's far from a cure. It hastens recovery by about a day or two, and may help those at the highest risk avoid getting seriously ill. Most years, it generates less than $1 billion in sales.

Researchers are feeling the pressure as the outbreak swells, realizing the importance of their role as the urgent needs of patients with no options clash with the often slow and stepwise-pace of science.

"There is no shortcut, there is just biology," said Frieman. "Every virus has its own little Achilles' heel. We think we have good ideas about how to target those things. We know what we are doing, and we're doing it as fast as we can."

If the virus outpaces efforts to contain it once again, as its cousins SARS and MERS did, BARDA's Bright said the world needs to stick with it this time.

"If this virus goes away, this is the third coronavirus that we've seen in less than 20 years," Bright said. "I'm sure we'll see another one. We should finish the job."