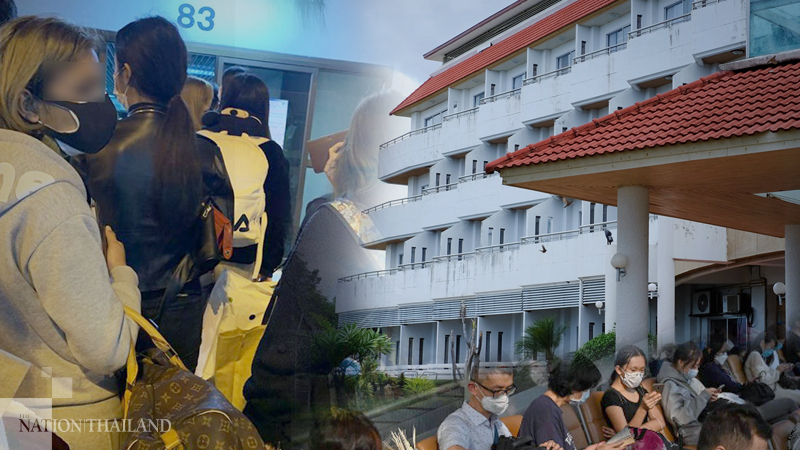 The Flying Training School will be ready on March 10 to serve as a quarantine area for Thai labourers returning from South Korea, the Royal Thai Air Force (RTAF) said on Saturday (March 7).

Air Force spokesman Air Marshall Pongsak Semachai said that local people had opposed the use of the Air Force Residence Bor Fai to be the quarantine area for Thai labourers who could be at risk for Covid-19 infection from South Korea but they don’t have to worry anymore.

“We will use the Flying Training School in Kamphaengsaen district, Nakhon Pathom province, to be the quarantine area for returnees from South Korea instead of the Air Force Residence Bor Fai,” he said.

“Air Force commander, Air Chief Marshall Maanat Wongwat, has appointed Air Chief Marshall Saritphong Wattanawarangkul, chief of executive staff committee to the commanders to lead the Ministry of Public Health officials on area surveillance and they agreed that it was appropriate.”

He explained that this school has various facilities which separated from barracks. Also, the area was located near Chandrubeksa Hospital and was far from the community area.

“This school will be ready for use on March 10, but it’s up to the decision of the government and the Ministry of Public Health whether they will use this place to be a quarantine area,” he added.