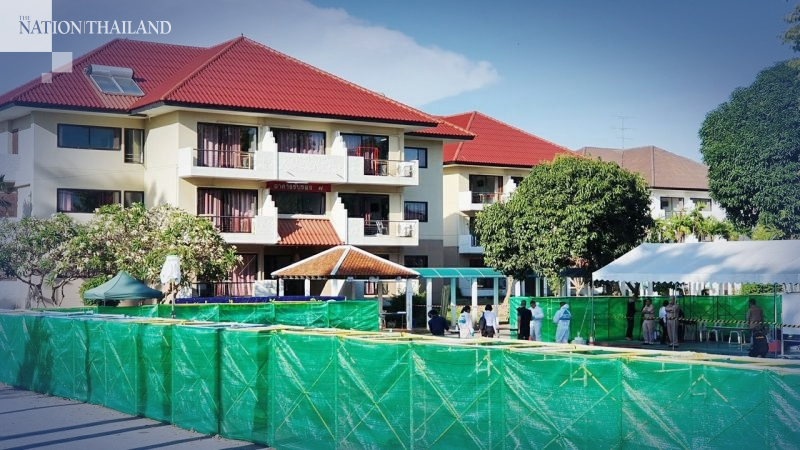 The number of confirmed Covid-19 cases remain at 50 in Thailand while the government has started quarantine of illegal labourers returning from South Korea.

Of the 50, 18 people are being treated in medical facilities, while 31 have recovered and there has been one death.

On Sunday (March 8), at Sattahip Naval Base in Chonburi province, Deputy Health Minister Satit Pitutacha spoke of cooperation between the Public Health Ministry and the Royal Thai Navy for state quarantine to detain illegal labourers returning from South Korea for14 days.

The Navy house in Sattahip is capable of accommodating up to 750 people while those showing Covid-19 symptoms will be transferred to nearby hospitals.

Legal labourers and other travellers from South Korea will be screened at the airport. if they have fever or respiratory symptoms, they will also be sent to the designated hospital. The rest will be sent to a local quarantine area arranged by the provincial administration office, public health doctors and related agencies. There will be a 14-day quarantine as well.

"We request illegal workers from South Korea who have not passed screening measures to report to the provincial Public Health Office within three days or else they will be arrested for violating the law under the Communicable Disease Act 2015," said Satit.

The latest number of the first group of illegal labourers was 60 -- 27 men and 33 women.

Three women are pregnant and two are suspected cases, as they have returned from South Korea's Daegu and neighbouring North Gyeongsang provinces. All will be provided three meals and guarded 24 hours.