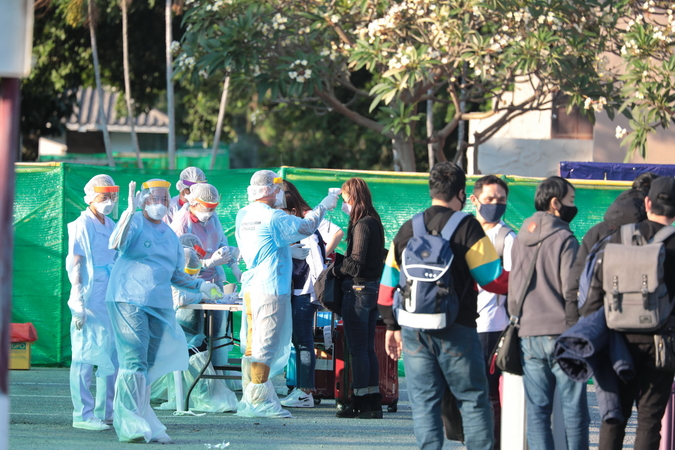 The total number of Thai workers quarantined for 14 days at the Navy base in Sattahip district, Chon Buri, is so far 186 – 88 men and 98 women. Among these, eight returned from South Korea’s Daegu and North Gyeongsang, both high-risk Covid-19 areas, while 18 are children and pregnant women.

All, including the drivers who transported them, passed an initial test conducted by Public Health Ministry officers while two buses used in the transfer were cleaned.

The Navy confirmed that their buildings can accommodate at least 400 people and can support 750 if necessary.

The number of confirmed cases in Thailand remains at 50, with 33 having recovered. Sixteen are under medical watch. The number of deaths remains one.

Around 60-70 illegal Thai labourers have passed the screening process in South Korea and are not suspected of carrying the coronavirus yet.