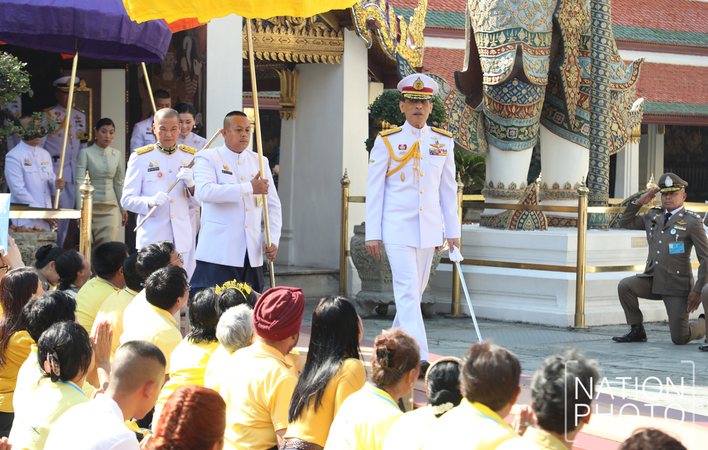 Their Majesties King Maha Vajiralongkorn and Queen Suthida attended a religious ceremony on Monday (March 9) to replace the winter season decoration on the Emerald Buddha statue with the version for the summer. 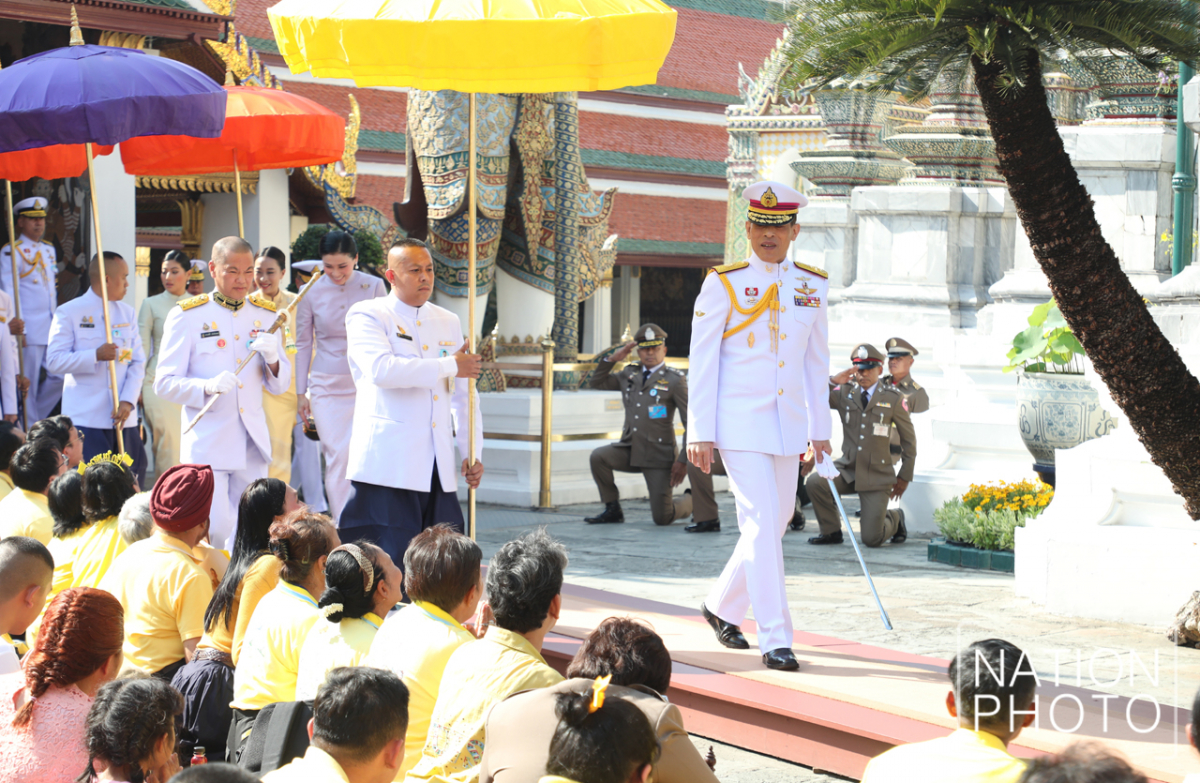 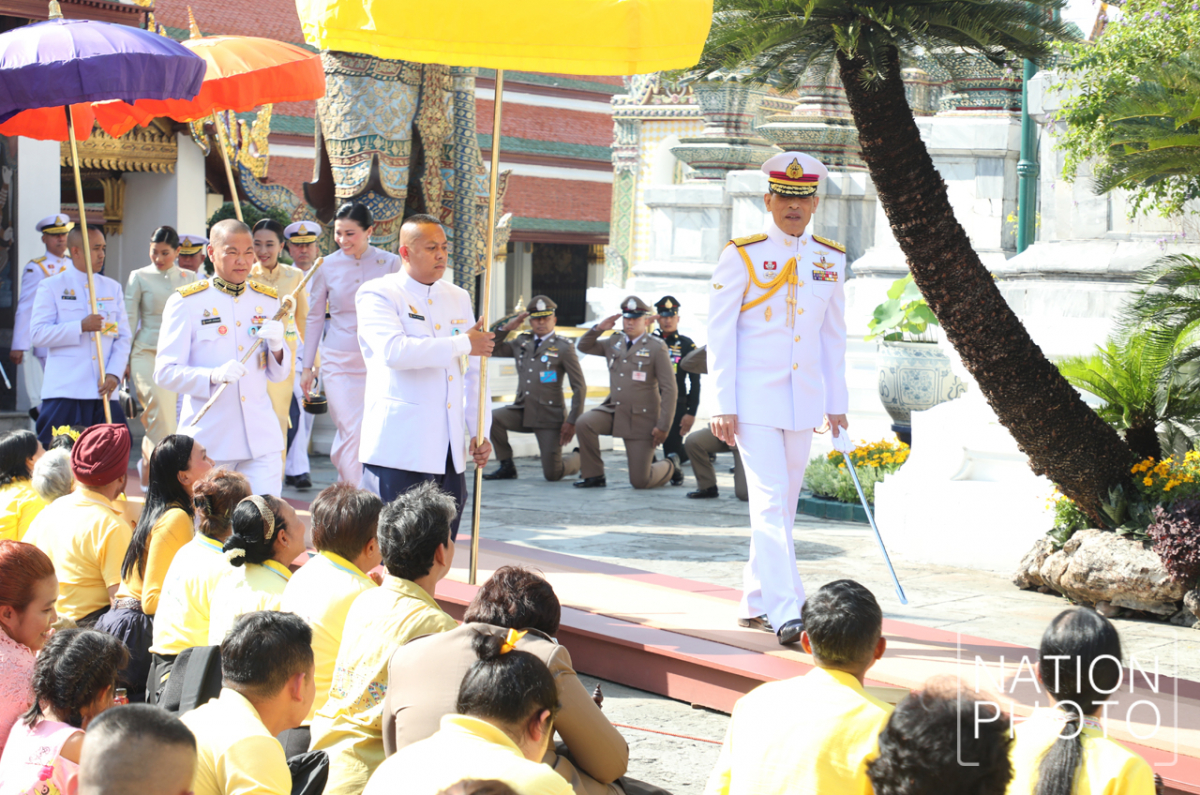 The Emerald Buddha is adorned with three different sets of gold seasonal decorations: two were made by Rama I, one for the summer and one for the rainy season, and a third made by Rama III for the winter or cool season. 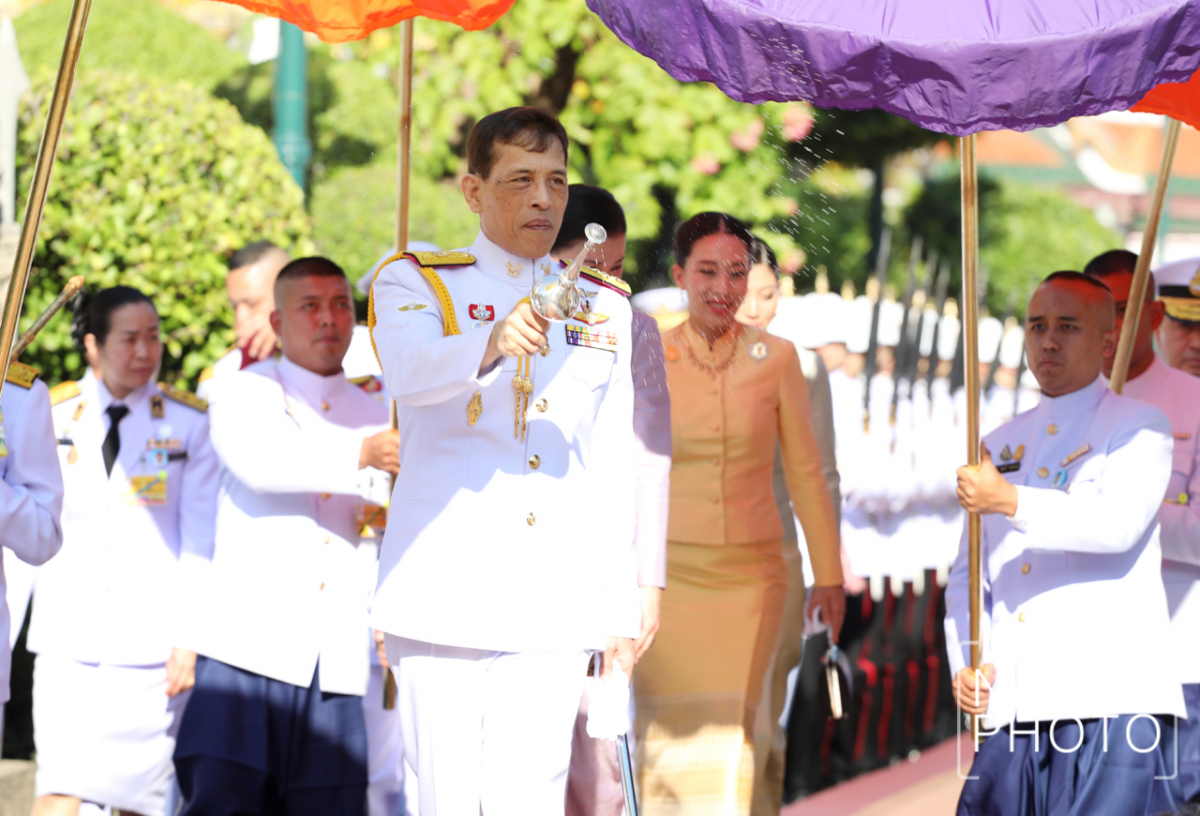 The decorations are changed by the King of Thailand, or a senior member of the royal family in his stead, in a ceremony at the changing of the seasons – in the 1st Waning of lunar months 4, 8 and 12 (around March, August and November). 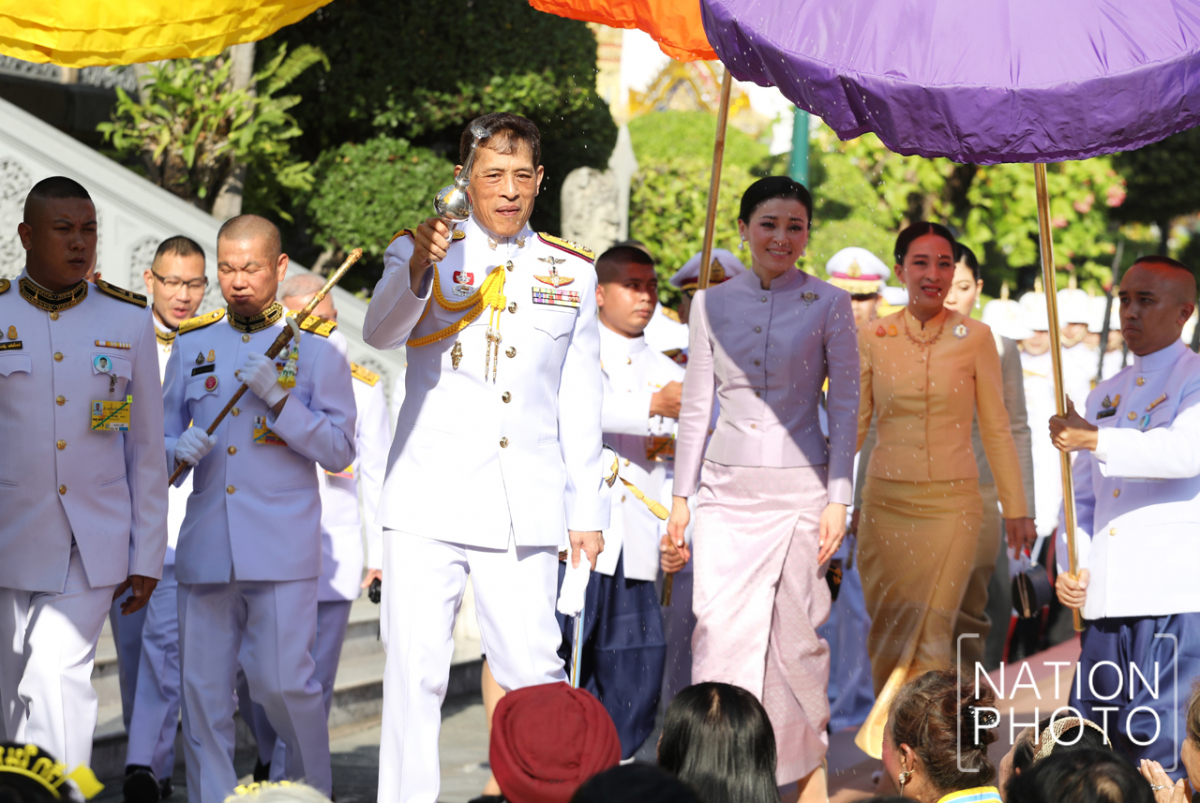