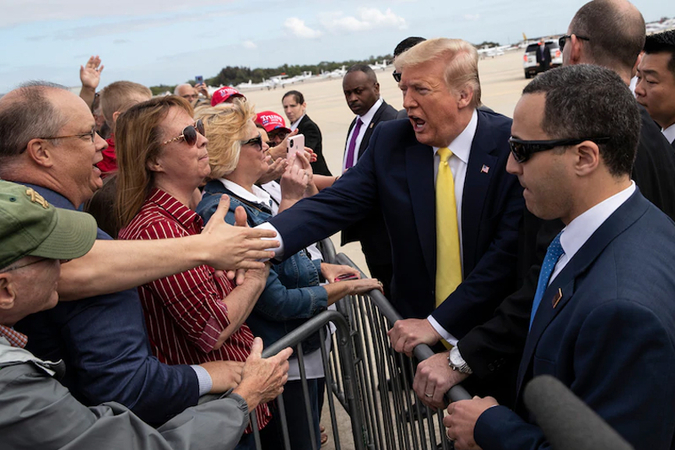 White House officials have invited top Wall Street executives to meet this week as the coronavirus outbreak has created enormous strains on the U.S. economy, according to two people with knowledge of the meeting.

The gathering comes amid extreme volatility in financial markets. The stock market has fallen sharply in the past two weeks, many investors are seeking safe-haven in U.S. government debt, and the oil market has tumbling.

The White House faces immense pressure to restore confidence in the U.S. economy amid one of the worst days on Wall Street since the 2008 Great Recession. President Donald Trump and senior economic advisers have promised a quick economic rebound, but their optimistic forecasts so far have proven wrong.

On Monday, White House aides prepared to present to Trump a menu of potential options to respond to the economic fallout later on Monday as the president returns from Florida. Those ideas include expanding paid sick leave in the U.S. and providing cash to help small businesses affected by the downturn, according to one senior administration official who spoke on the condition of anonymity to discuss internal deliberations.

The stock prices of JPMorgan Chase, Bank of America, and Wells Fargo have been hard hit over the last two weeks, among others. During economic downturns, the default rate on credit cards, mortgages, and other financial products can rise if consumers lose their jobs or access to income. During the Great Recession, government officials tried to pressure banks to work with borrowers and rework loans rather than send people to collection agencies.