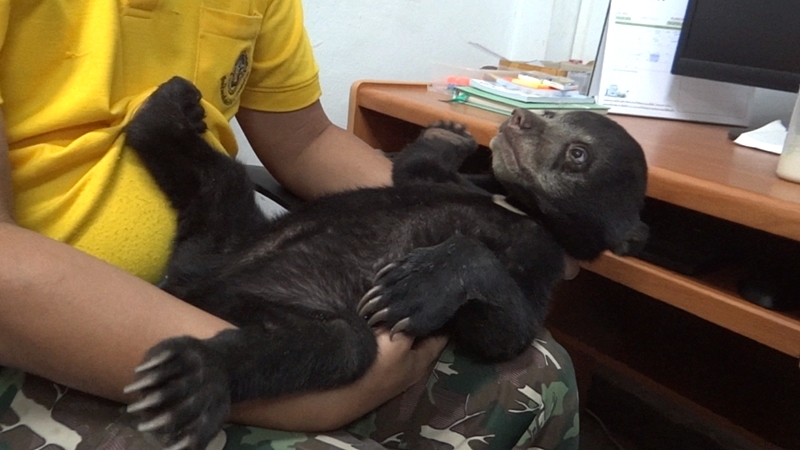 Firefighters putting out a wildfire in Ratchaburi province saved a honey bear cub on Monday (March 9) trying to escape the flames.

Some 2,000 rai of forestland have been destroyed by the wildfires.

The female cub, believed to have been separated from its mother by the wildfire, is thought to be four or five months old.

Its front leg has an infected wound which might have been the result of an attack by other animals.

Officials decided to send it to an animal rescue centre to get proper treatment since the wound was deep and needed specialist attention.