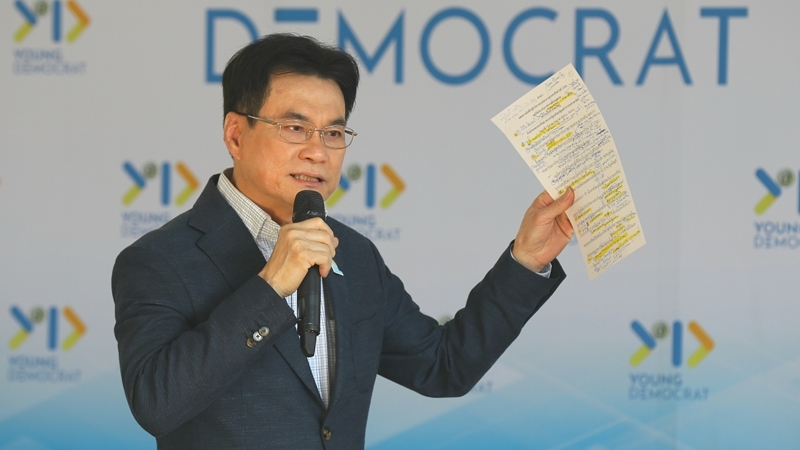 The Democrat Party might hold a meeting to discuss its future, party leader Jurin Laksanawisit said. Rumours started doing the rounds after a snapshot of the party’s Line group chat was leaked showing some party members wanting to resign from the coalition government

Jurin said that the Democrat Party abided by the principle of democracy.

The majority of party members chose to form the coalition government with Phalang Pracharat Party and some disagreed but it also was their right.

In response to a query by reporters, he said that it was possible for the Democrats to discuss the matter of continuing in the government at the party’s meeting.

Prime Minister Prayut Chan-o-cha, meanwhile, showed no concern about the rumours, saying the Democrat Party could resign from the government if they wanted to.

The government is now facing a crisis of confidence due to the state of the economy and the hoarding of face masks by people associated with the government.