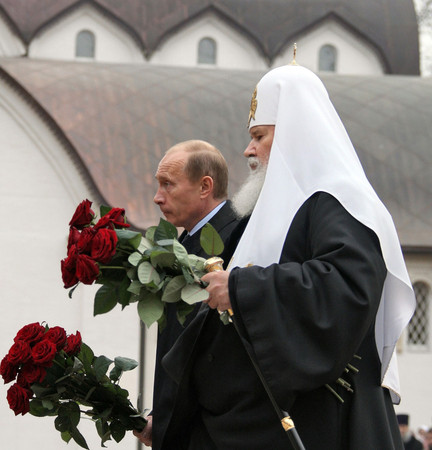 MOSCOW - Russia's ruling party offered a path Tuesday for President Vladimir Putin to stay in power for an additional 12 years after his current term expires in 2024, proposing an amendment that would reset presidential terms.

The plan by Putin's United Party is part of sweeping rewrite of Russia's constitution that many saw as way for Putin to retain control of Russia well into the next decade.

The term-limit proposal was met with applause when it was introduced by State Duma deputy Valentina Tereshkova, beloved nationally as the first woman in space. The plan would reset the current term-limits to zero, meaning Putin could run twice more for the presidency.

"I propose that we either lift the restriction on the number of presidential terms or indicate in an article of this bill that the incumbent president, just like any other citizen, has the right to run for president after the updated Constitution takes effect," Tereshkova said.

Parliament then adjourned for 90 minutes to phone Putin and ask for his thoughts. That prompted him to make a rare in-person appearance.

Putin, 67, has been in power for 20 years. He first proposed numerous constitutional changes in his January address to parliament, and one of the reforms he suggested was limiting presidential terms to two.

Tereshkova's proposal comes a day after the value of the Russian ruble plummeted to its lowest level in more than four years, responding to a dramatic drop in oil prices after the collapse of Russia's cooperative agreement with the Organization of the Petroleum Exporting Countries.