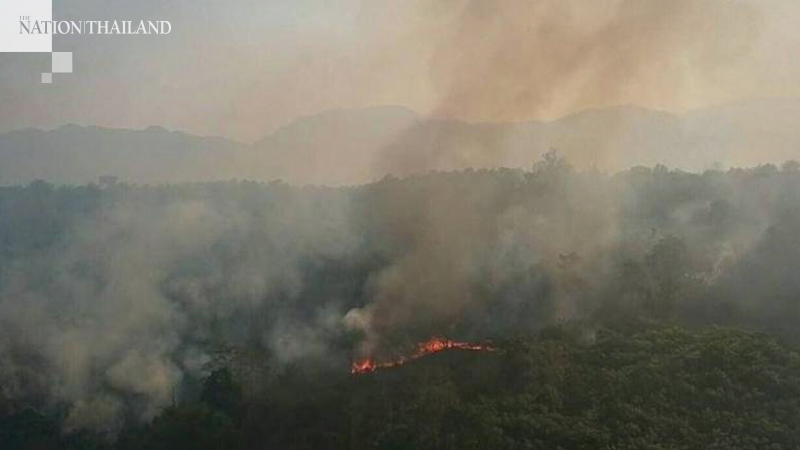 Air pollution has been at hazardous levels in the North for three consecutive days, with two areas recording more than 350 micrograms of dangerous PM2.5 particles per cubic metre.

The sub-district of Wiang Phang Kham in Chiang Rai was at 356mcg of PM2.5 on Wednesday morning (March 11) and Chong Kham in Mae Hong Son province 384.

Chiang Mai residents were meanwhile gagging on PM2.5 levels topping 200mcg during the morning, maintaining the capital’s status as the world’s worst-polluted city in terms of air quality, as ranked on the AirVisual online application.

By afternoon, however, the level had dropped below 100mcg.

Fifteen locales in the North were deemed to be at “slightly unhealthy” levels and five “unhealthy”.

The safe limit in Thailand is 50.

Department of Pollution Control deputy director general Thaloengsak Phetsuwan blamed the pollution on forest fires both inside and outside Thailand.

Thaloengsak said controlling the air quality was the duty of provincial governors and the Army, but the collaboration of nearby countries is also essential.

“Our department has sent a letter to the Asean secretary on this matter, asking him to inform other countries of the need for collaboration.”