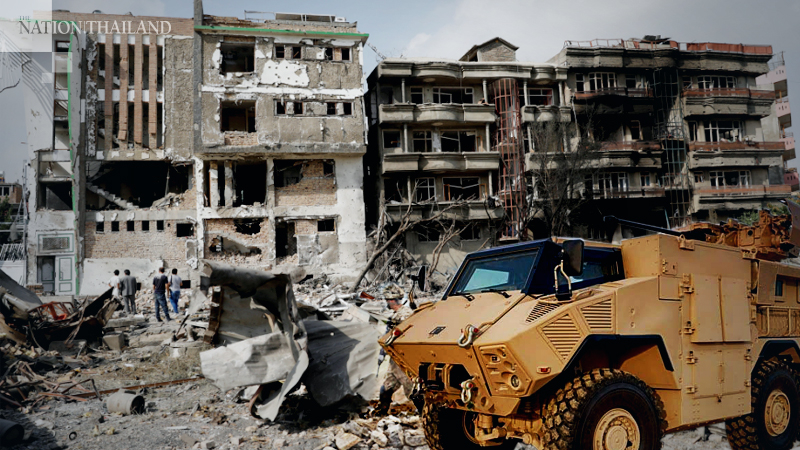 Two Americans and one other coalition member were killed in a rocket attack on a base in Iraq on Wednesday night, a U.S. military spokesman said, potentially spiking tensions with Iran about two months after a series of bloody events that were capped by the death of an Iranian general in a U.S. drone strike.

At least 12 people were wounded in the attack at Camp Taji, about 17 miles north of Baghdad, according to the spokesman, Navy Capt. Bill Urban. About 18 Katyusha rockets hit the base, and five of the wounded were evacuated in serious condition, Urban said.

U.S. officials have attributed the use of such rockets in attacks to Iranian-backed militias in Iraq, prompting questions how the United States and its allies might respond.

On Wednesday night, the Syrian Observatory for Human Rights and an Iraqi militia official, speaking on the condition of anonymity, said that airstrikes had been carried out after the attack across the Iraqi border around the Syrian city of Abu Kamal. Iranian-backed militias are known to have a presence there.

But the U.S.-led military coalition in Iraq did not disclose carrying out any such strikes. A U.S. official, speaking on the condition of anonymity due to the sensitivity of the issue, did not deny that strikes occurred, but denied that the United States had launched any. It was not clear whether another U.S. ally may have carried them out.

Among the dead at Camp Taji was a British service member, a U.S. official said, speaking on the condition of anonymity because of the sensitivity of the issue. The British ministry of defense acknowledged that it was tracking the incident but did not initially confirm that detail.

"An investigation is underway, it would be inappropriate to comment further at this time," the ministry said in a statement.

Iraqi officials disclosed that Camp Taji was attacked about 90 minutes before Defense Secretary Mark Esper was set to deliver a speech at the National Defense University at Fort McNair in Washington. The appearance was abruptly canceled, with a defense official saying that Esper was keeping himself available for meetings about the U.S. response to the spread of coronavirus.

The attack on Wednesday had similarities to one launched on a military base outside Kirkuk on Dec. 27, killing a U.S. contractor, interpreter Nawres Hamid. The United States launched airstrikes in Iraq and Syria two days later against the Iranian-backed militia Kataib Hezbollah.

Militia members and supporters responded by storming entrances to the U.S. Embassy in Baghdad on Dec. 31, chanting "Death to America" and setting fires. They eventually withdrew.

On Jan. 3, the United States launched a drone strike near the Baghdad International Airport that killed Qasem Soleimani, the Iranian general whose Quds Force supplies arms to Kitaeb Hezbollah and other militias, according to U.S. officials.

That spawned concerns that Iran may retaliate with a larger attack in the region, including potentially at sea. Rockets have been fired at bases in Iraq since then, but no coalition members had been killed.