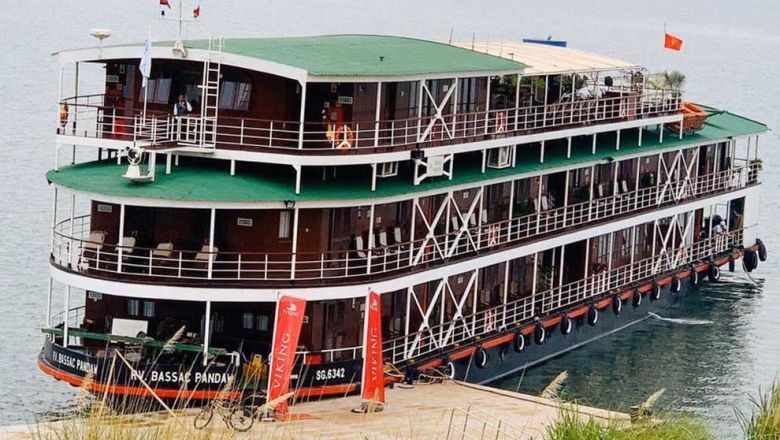 The Ministry of Health announced on Thursday that three of the 64 passengers of the Viking Cruise Journey have tested positive for the novel coronavirus. Everyone has been put in quarantine.

The Ministry of Health said on Thursday that a 73-year-old Englishman and his 69-year-old wife have tested positive for the virus. The couple has been quarantined at the Kampong Cham provincial hospital.

All the tests were conducted at Institut Pasteur du Cambodge.

“Among all British passengers on the cruise ship, three tested positive for Covid-19. There were 64 passengers, including staff,” the ministry said.

The Viking Cruise Journey sailed from Ho Chi Minh on March 5. It arrived in Phnom Penh on March 7 and Kampong Cham on Tuesday (March 10).

The ministry is on the lookout for anyone who may have had contact with any of the passengers in Phnom Penh and Kampong Cham.

A woman and her son and two tuk-tuk drivers that came into contact with passengers have already been tested with negative results. They have been put in quarantine at home.

Cambodia has had five cases of Covid-19 so far. The first case was a Chinese man visiting Preah Sihanouk province. Last week, a Japanese man in Siem Reap province was also found to carry the virus.