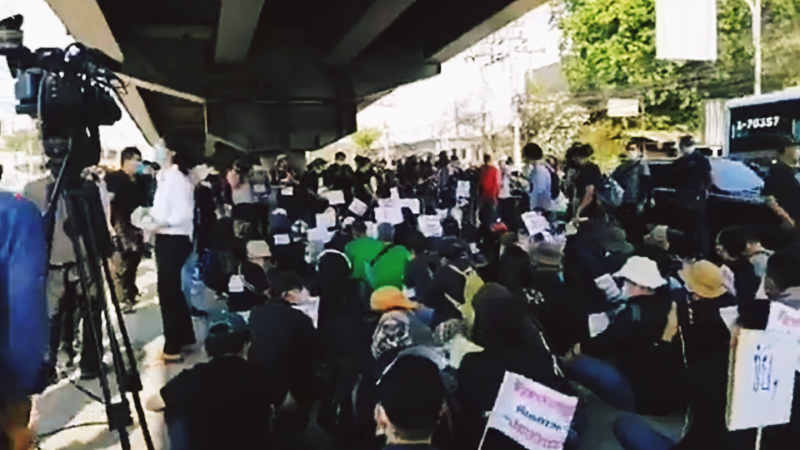 Members of CCPC Thai, a group pressing for constitutional reform based on public consensus, and People Go, a pro-democracy network, marched to Parliament on Friday (March 13) to present written guidelines for amending the charter.

The document details perceived problems generated by the current Constitution and suggests new regulations to resolve the issues.

Officials at Parliament accommodated the groups as they filed the document, but police were on hand to monitor the situation and prevent any disorder.

The march and gathering at Parliament did not escape criticism on social media, with commentators calling the action irresponsible in view of the Covid-19 risk.