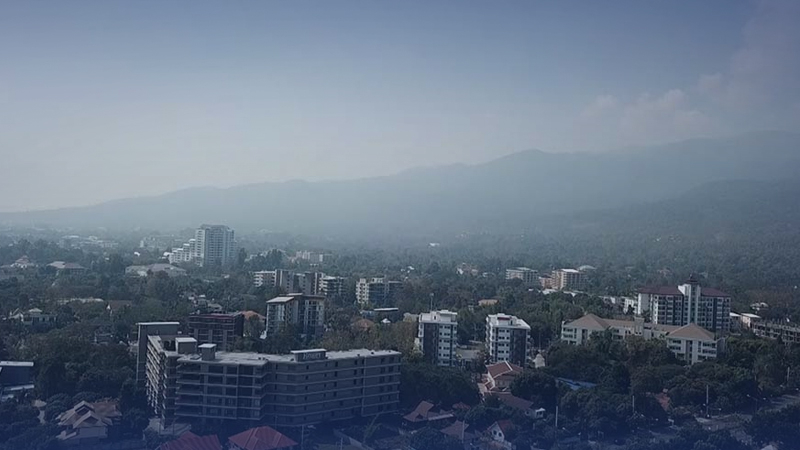 There was nowhere to breathe in Chiang Mai province on Friday morning (March 13), with the level of PM2.5 dust in the air reaching a lung-scraping 519 micrograms per cubic metre.

The safe limit in Thailand is 50mcg, which is already twice the level observed by the World Health Organisation.

Friday’s record high came at 10.30am on the province’s Air Quality Health Index.

Most of the province was painted purple or red on the index, indicating the “highest” and “high” levels of risk to health.

The haze obliterated views of Doi Suthep, the sacred mountain overlooking the capital.

The AirVisual digital application ready the morning pollution level in Chiang Mai at 291mcg, good enough to maintain its ranking as the world’s most gagged city.

Chiang Mai Deputy Governor Komsan Suwan-Ampha told chiefs of the worst-hit districts to work together to find a solution.

“They should inform the governor if the situation cannot be controlled or if major fires persist for several days,” he said. “The governor will declare their districts disaster areas so that the central government has to provide assistance”.