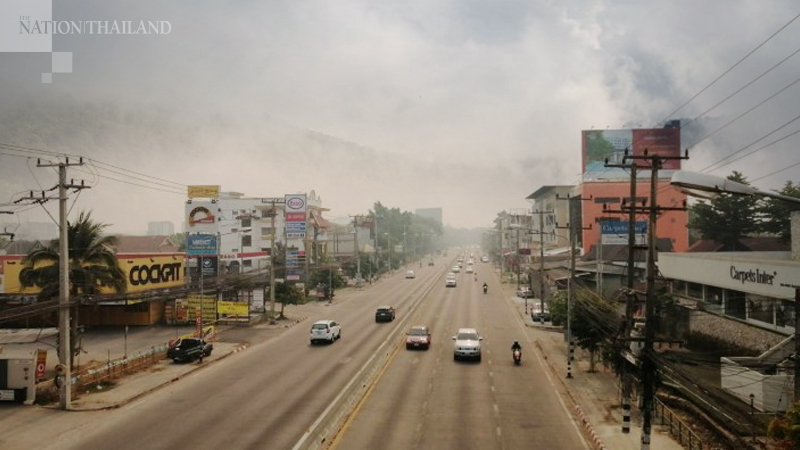 The Pollution Control Department (PCD) plans to accelerate efforts to control and extinguish fires and ensure strict monitoring of forest fires in order to solve the haze crisis.

PCD director-general Pralong Dumrongthai said that the number of hot spots in Thailand had been reduced by more than 50 per cent.

However, hot spots and haze are still found in neighbouring countries. As a result, the upper northern region, which has been influenced by the prevailing winds, continues to face a crisis of increasing dust pollution.

He said particulate matter smaller than 2.5 microns in diameter in 17 northern provinces at 8am on Sunday (March 15) averaged 32-340 micrograms per cubic meter over a 24-hour period. The standard value is not more than 50mcg per cubic metre.

Chiang Rai (Mae Sai station) had the highest dust level affecting health (red zone) among the nine provinces in the upper northern region. In the lower northern region, the weather has improved due to the southern winds blowing and pushing the dust to the upper North besides rains in some areas.

Nine provinces in the upper northern region are continuously seeing a worsening of the haze problem due to the dramatic increase in hot spots in the Mekong Sub-region on March 13, resulting in very dense haze in the area, although on Saturday the hot spots in Thailand had decreased by more than 50 per cent.

Therei s still smog coming from neighbouring countries Myanmar and Laos, including haze from the lower northern region, which was continually blown by the wind into the upper area.

All departments continue to strictly control wildfires to quickly reduce the dust problem in Thailand. The PDC will coordinate with the Ministry of Foreign Affairs in order to consider the possibility of bilateral negotiations with Myanmar and Laos to build cooperation in solving haze issues urgently, Pralong said.